EUR/USD was steadily rising this trading session, but slumped sharply after the Federal Market Open Committee announced it’s going to expand their holdings of  securities. Some analysts viewed this announcement as a confirmation of the economic problems in the US. The reports about housing market weren’t supporting such pessimistic sentiment as housing starts and building permits were little changed from the month before, while existing home sales rose more than economists expected.
Existing home sales rose to the seasonally adjusted annual rate of 5.03 million in August from the upwardly revised 4.67 million in July. Forecasts were more modest, promising 4.76 million. (Event A on the chart.)
Crude oil inventories decreased by 7.3 million barrels from the previous week and total motor gasoline inventories increased by 3.3 million barrels last week. (Event B on the chart.)
The Federal Open Market Committee maintained the federal funds rate at 0 to 0.25 percent range. (Event C on the chart.) The FOMC increased its holdings of longer maturity securities: 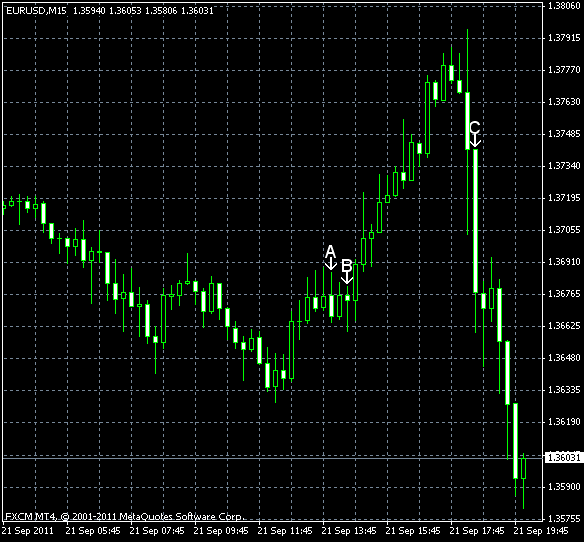