The dollar declined against the euro today mainly due to increased optimism of the market participants. The EUR/USD currency pair rose during the the first half of the trading sessions, along with the Asian and European stock markets. Some important macroeconomic releases came almost unnoticed by the FX market today.
US GDP increased at the annual rate of 1.3% during the second quarter of 2011 according to the third estimate report released today. According to the second estimate report, the growth was only 1.0%. Traders expected an increase of 1.2%. (Event A on the chart.)
Initial jobless claims fell from 428k to to 391k last week. A decline to 420k was expected. (Event A on the chart.)
Pending home sales decreased by 1.2% in August, following 1.3% decline in July. That’s still better than 2.1% drop forecast for this indicator. (Event B on the chart.) 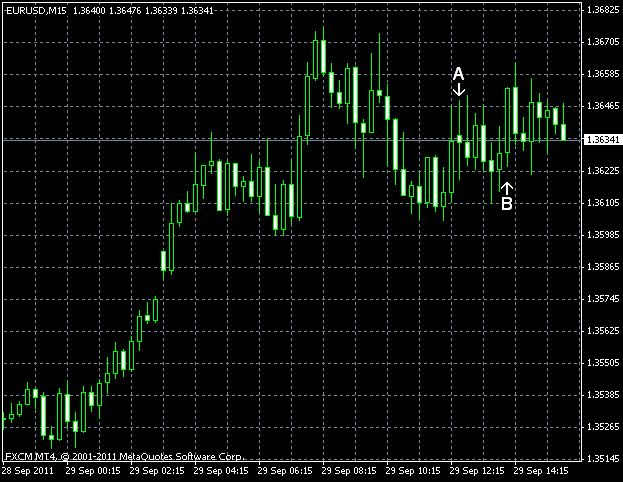