EUR/USD Sinks as US Manufacturing PMI Grows Beyond Expectations

EUR/USD was rising today, but sharply dropped after a report showed that US manufacturing expanded faster than was anticipated. Not everything was good in the United States, though, as construction spending remained almost unchanged. The important employment report will be released tomorrow.
ISM manufacturing PMI climbed from 53.4% in March to 54.8% in April. That is definitely better than the expected drop to 53.0%. (Event A on the chart.)
Construction spending rose just a little by 0.1% in March from February on a seasonally adjusted basis, while market participants expected a 0.5% growth. The February change was revised down from -1.1% to -1.4%. (Event A on the chart.) 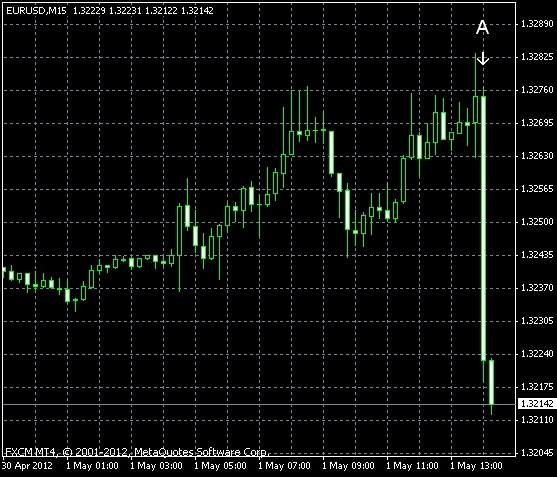