A large descending triangle has formed on the EUR/USD daily chart. Its beginning can be traced back to about February 16. There are three zones where the price touches the upper (sloping) border of the pattern and three zones where it touches the bottom border. Although the triangle is formed at the end of the  bullish wave, it is predated by a rather strong bearish trend and thus can work as intended — as a continuation pattern.
You can see the chart pattern on the image below. The yellow lines show the border of the triangle. The cyan line marks the 10% buffer zone for a breakout and entering a sell position. The green line is the target level derived from the height of the triangle. is to be set at the high of the breakout bar or the bar before it if only a small part the former was traded inside the pattern’s borders. The trade will be cancelled if neither SL nor TP is triggered before November. 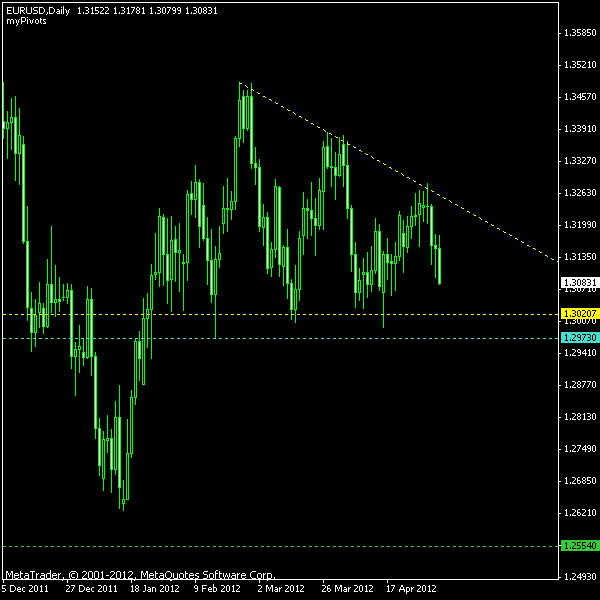 If you have any questions or comments regarding this EUR/USD chart pattern, please feel free to reply via the form below.