EUR/USD was flat after earlier today it reached the lowest level since July 2010. The euro was continuously declining since the beginning of May as the possibility of Greece’s exit from the eurozone was becoming more and more material. As for news from the United States, durable goods orders grew slower than expected, but unemployment claims were almost unchanged, signaling that the US labor market has stabilized.
Initial jobless claims was stable at 370k last, matching forecasts of analysts, who predicted them to stay near the previous figure of 372k. (Event A on the chart.)
Durable goods orders rose 0.2% in April, compared to the predicted 0.5%. The March value was revised to -3.7% from -4.2%. (Event A on the chart.) 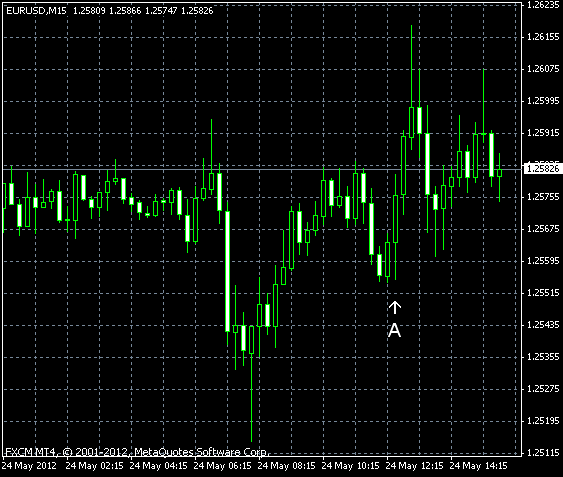