EUR/USD extended its rally today, rising for the fourth day, as Greece secured the next tranche of bailout. European finance ministers decided that the European Central Bank will supervise banks of the European Union. The news from the United States was mixed as unemployment dropped but other indicators were worse than expected.
PPI dropped 0.8% in November. The drop was bigger than analysts’ expectations of 0.5% and the October fall by 0.2%. (Event A on the chart.)
Retail sales grew 0.3% in November, while they fell at the same rate in October. The expected growth was 0.5%. (Event A on the chart.)
Initial jobless claims dropped from 372k to 343k last week. Much smaller fall to 368k was expected by specialists. (Event A on the chart.)
Business inventories expanded at the seasonally adjusted rate of 0.4% in October, matching forecasts exactly. The September rate of growth was 0.7%. (Event B on the chart.) 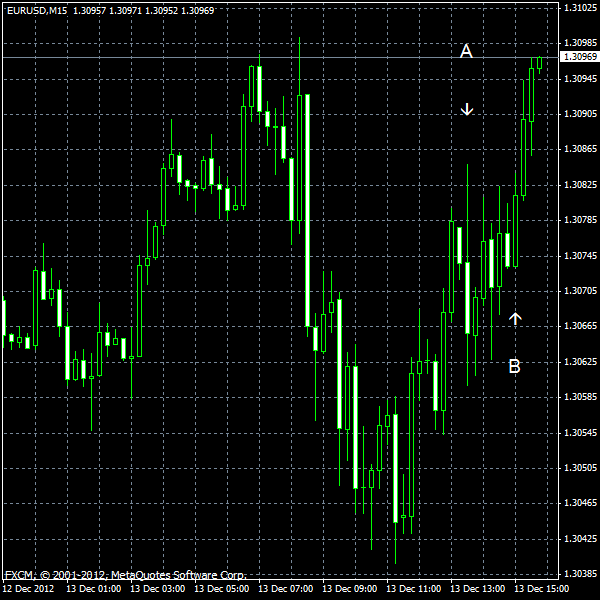