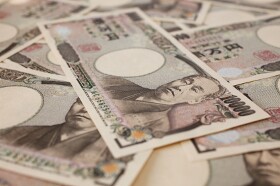 JPY Climbs to Weekly High vs. USD, Rises vs. Other Majors

The Japanese yen jumped against the US dollar to the highest level in a week today as poor economic news from the United States resulted in speculations that the Federal Reserve will postpone the next round of stimulus cuts. The yen was also higher against some other major currencies, including the Great Britain pound, while trading flat versus the euro. US data was not particularly bad as existing home sales and leading […] 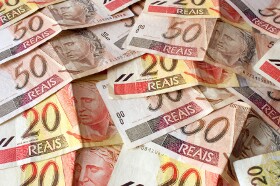 The Brazilian real fell today even though the nation’s central bank will likely continue raising interest rates to combat growing inflation. This is an unusual stance among central banks, especially in emerging economies, which prefer monetary easing, not tightening. The Central Bank of Brazil has raised its key interest rate last week, as was expected by analysts. The bank also suggested that inflation will remain […] 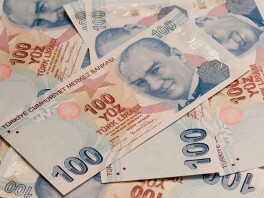 The Turkish lira continued to fall today to new record lows for ninth straight session, demonstrating the longest string of losses since 2001. The big slump made the central bank to intervene to stem the decline, but for now the currency remains very weak. The lira intensified its fall after the central bank’s policy meeting. This spurred the Central Bank of the Republic of Turkey to make an unscheduled intervention, buying the currency. It was the first intervention […] 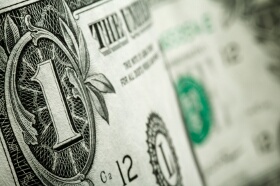 US Dollar Drops on Economic Concerns

Greenback is heading lower today, dropping as economic news softens and results in speculation that the Fed’s taper won’t move forward at a rapid rate. The latest weekly unemployment claims data in the United States shows a slight increase, and that is weighing on the greenback right now. The US dollar is down against its major counterparts as softer economic data is poised to raise questions about the progress of the Federal Reserve taper. […] 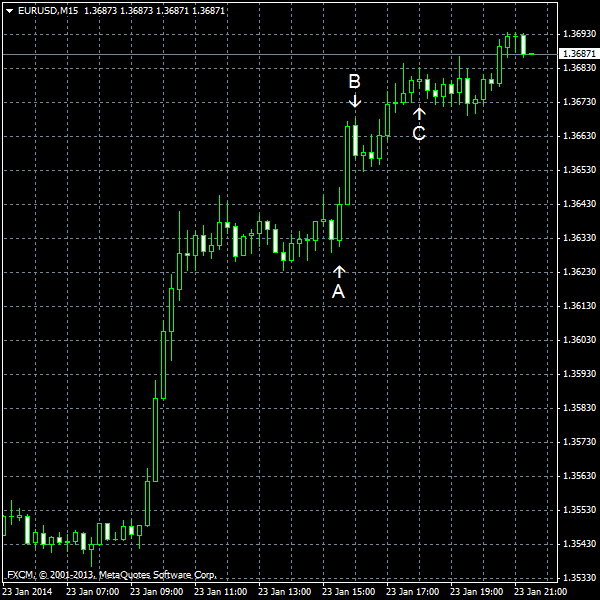 EUR/USD jumped today as Purchasing Managers’ Indexes for European countries surprised traders positively, while US data trailed expectations. The currency pair traded in a range during previous sessions of this trading week. The week was extremely poor on economic reports from the United States, while the next week should provide traders several important events, including GDP data and Federal Reserve policy decision. Initial jobless claims was […] 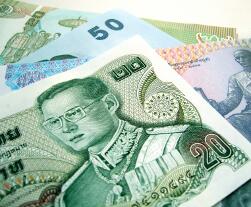 The Thai baht continues to show tremendous weakness as the political crisis in the country continues to escalate, making investors to take their money away from the country. Thailand’s Prime Minister Yingluck Shinawatra declared a 60-day state of emergency in Bangkok on January 21 to prevent violence that may derail elections scheduled for February 2. The political turmoil makes Thailand a really unattractive country to invest in. Additionally, the crisis may harm country’s economic […] 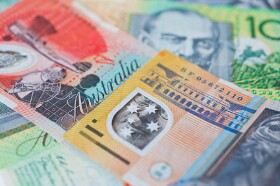 The Australian dollar dropped today after a report showed an unexpected contraction of the Chinese manufacturing sector. The data made investors worried about growth in the Asian economy and made them less willing to buy riskier assets. The HSBC Flash China Manufacturing Purchasing Managersâ Index fell to 49.6 in January from 50.5 in December. It was the lowest reading in six months. Analysts have expected the gauge to stay unchanged. The news was detrimental […]