EUR/USD paused its drop today and did not move far in either direction as economic data from both the United States and Europe was not particularly inspiring. In Europe, German inflation slowed, while in the United States consumer confidence dropped more than was expected.
Both personal income and spending grew 0.3% in February, in line with forecasts. Income rose at the same 0.3% rate in January, while spending was up 0.2%. (Event A on the chart.)
Revised Michigan Sentiment Index was at 80.0 in March, near the preliminary reading of 79.9. The index was below the February value of 81.6 and the forecast figure of 80.6. (Event B on the chart.) 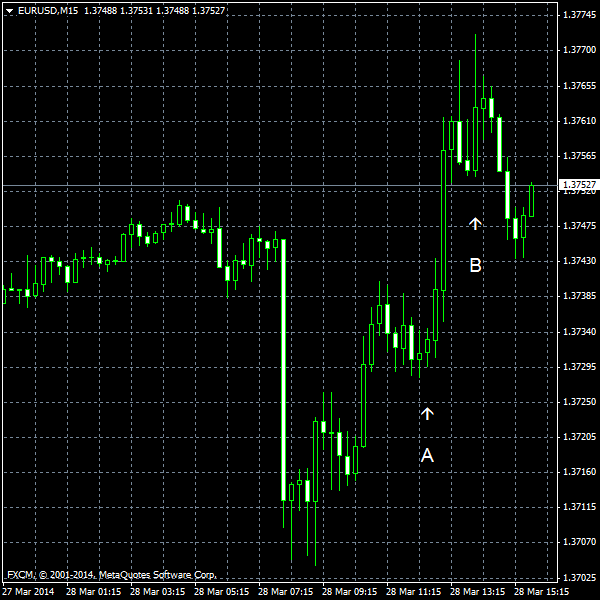