EUR/USD Drops Ahead of ECB

EUR/USD dropped today ahead of tomorrow’s policy meeting of the European Central Bank. The major reason for the drop was the comment of Federal Reserve Chairperson Janet Yellen who talked about “solid growth” of the US economy in the second quarter.
Nonfarm productivity fell by 1.7% in Q1 2014 after rising by 1.8% in Q4 2013. This is compared to the consensus forecast of a 0.9% drop. (Event A on the chart.)
US crude oil inventories decreased by 1.8 million barrels last week, instead of rising by 0.9 million as was predicted, and are above the average range for this time of year. Total motor gasoline inventories increased by 1.6 million barrels and are in the middle of the average range. (Event B on the chart.)
Consumer credit grew by $17.5 billion in March from February compared to the market expectations of $15.4 billion. The February growth was revised down from $16.5 billion to $13.0 billion. (Event C on the chart.) 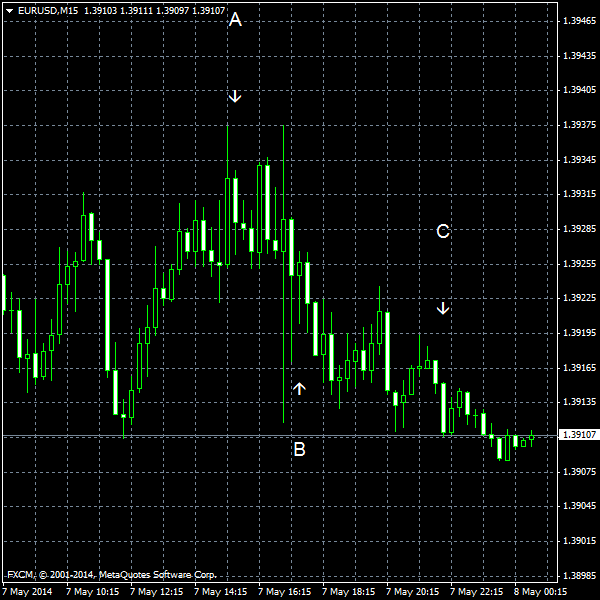