EUR/USD turned down today, erasing Friday’s gains, on signs that the European Central Bank may expand its already considerable stimulus measures as Europe’s economy continues to struggle. Additionally, slowing economic growth in China led to mild risk aversion on the Forex market. All these factors made investors prefer the dollar over the euro.
Existing home sales rose at the seasonally adjusted annual rate of 5.17 million in September. The actual increase exceeded analysts’ expectations of 5.11 million and the previous month’s grow of 5.05 million. (Event A on the chart.)
On Friday (October 17), a report on housing starts and building permits was released, showing growth by 1.02 million in September for both indicators — close to analysts’ projections. In August, housing starts rose 0.96 million, and building permits were up 1.00 million. (Not shown on the chart.)
Also on Friday, a preliminary estimate of Michigan Sentiment Index was released, demonstrating a reading of 86.4 in October, high above the predicted figure of 84.3 and the September’s figure of 84.6. (Not shown on the chart.) 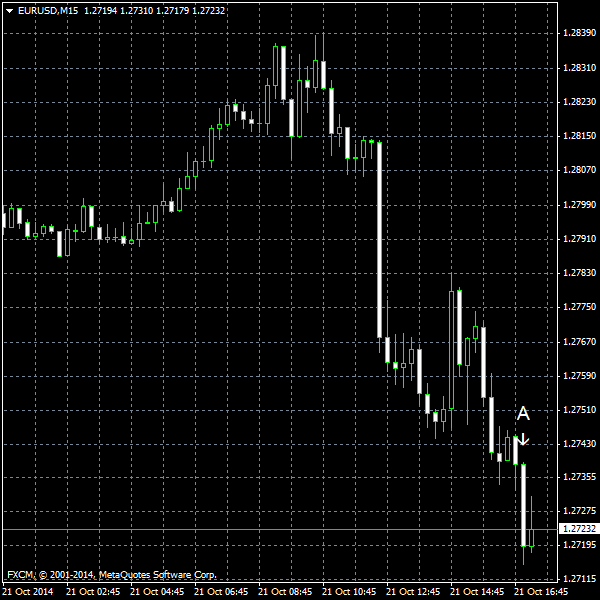