EUR/USD dropped today, touching the lowest level since August 2012, though the currency pair trimmed its losses as of now. Today’s data from the United States was mixed as manufacturing surprised positively, while construction spending was far worse than forecasts.
ISM manufacturing PMI stood at 59.0% in October, while most analysts expected it to stay near the September level of 56.6%. (Event A on the chart.)
Construction spending dipped 0.4% in September, while experts predicted it to rise by 0.8%. The August drop was revised positively from 0.8% to 0.5%. (Event A on the chart.) 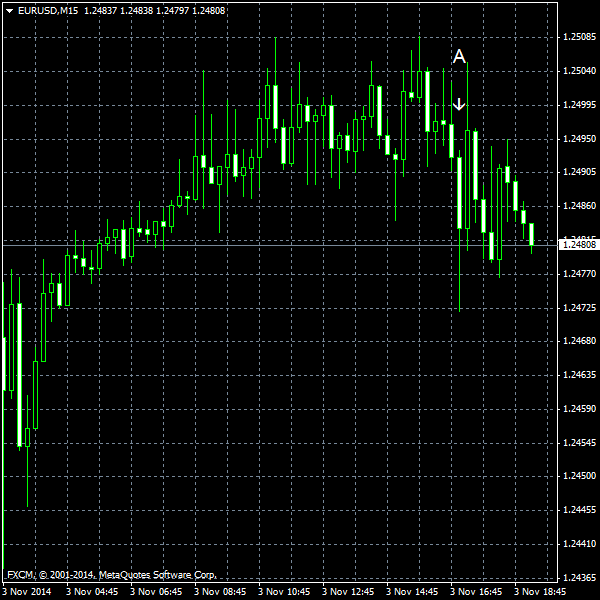