EUR/USD attempted to extend Friday’s rally today but failed. The currency pair was falling even as US economic indicators disappointed dollar bulls. One of the reasons for the euro’s weakness is comments from European Central Bank President Mario Draghi who voiced his concerns about health of Europe’s economy.
NY Empire State Index climbed from 6.2 to 10.2 in November, indicating faster growth than in the previous reporting period. The reading was good but still trailed analysts’ projections of an increase to 12.1. (Event A on the chart.)
Industrial production and capacity utilization decreased in October. Production was down 0.1% instead of rising 0.2% as was predicted by experts. The September increase was revised down from 1.0% to 0.8%. Capacity utilization rate dropped from 79.2% to 78.9% while the median forecast was at 79.3%. (Event B on the chart.) 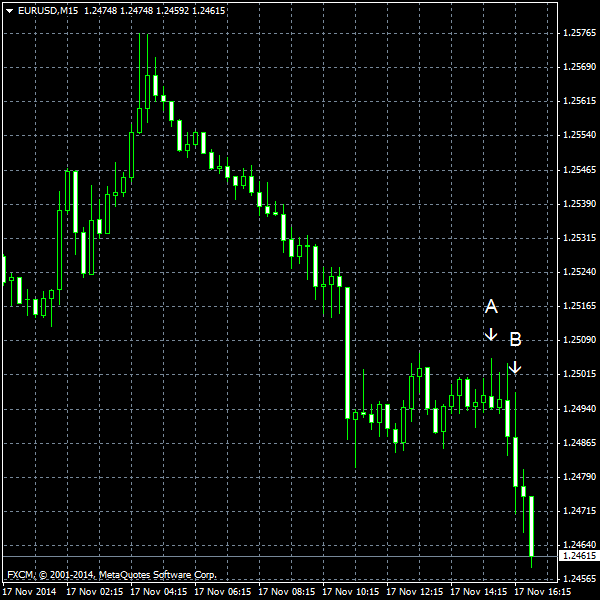