EUR/USD climbed today, erasing yesterday’s losses, as the economic sentiment for both Germany and the whole eurozone was surprisingly positive. (Event A on the chart.) It allowed the euro to gain on the dollar even though data from the United States also beat expectations.
US PPI rose 0.2% in October while analysts have expected it to decline at the same 0.1% rate as in September. (Event B on the chart.)
Net foreign purchases were at $164.3 billion in September. The actual figure was far bigger than the forecast $41.3 billion and the previous month’s value of $52.1 billion. (Event C on the chart.) 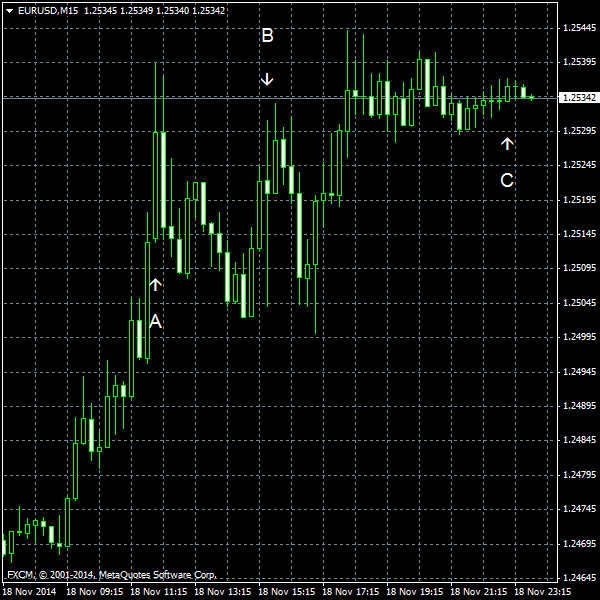