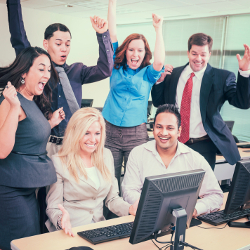 2014 is over, but Forex traders do not forget the recent past so quickly. It was a great year to earn from some strong fundamental trends in the market, and it was a great year to learn from the rare events that were packed into these twelve months:
1. Selling EUR/USD was a better opportunity than buying USD/JPY. Although USD/JPY advanced by 13.86% in 2014 while EUR/USD went down by 12.19%, your gain from the yen trade would also be 13.86% cheaper compared to the one from the EUR/USD pair. So in the end, it would be 11.94% vs. 12.19%.
2. Economic sanctions are bad, war is even worse. If you have an opportunity to short a currency of a  country involved in war combined with deep economic crisis or a country penalized with economic sanctions for waging an unannounced war on its neighbor, it is a good idea to do so. Both Ukrainian hryvna and Russian ruble were perfect sell candidates for currency traders. The former (USD/UAH) lost more than 47% and the latter (USD/RUB) — more than 41% in 2014.
3. Even developed countries are vulnerable if they depend on oil. It is not only OPEC members and Middle East countries that suffer from cheaper oil. Norway has seen its krone dwindling by about 18% against the US dollar in 2014. 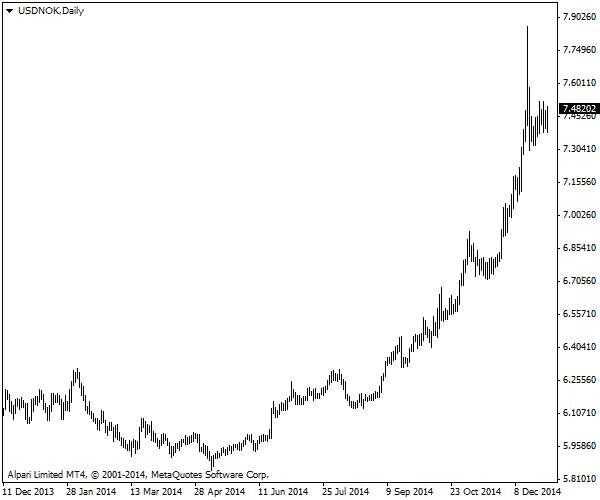 4. You can take central bank’s stance seriously. If a central bank stands firmly on a dovish position, going as far as giving clear promises not to raise rates any time soon, it will see an expected depreciation of the currency. The Australian dollar experienced exactly such a case in 2014. AUD/USD lost 8.55% of its value in a year. 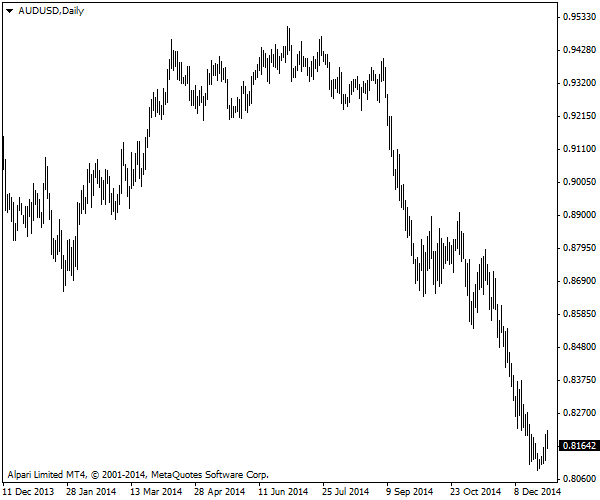 5. You can trust the Federal Reserve. At least on its quantitative easing promises. The Fed’s chairperson had promised to cut the unprecedented monetary stimulus program by the end of 2014 and they did so. As the result, the USD turned out to be one of the best performing asset by the end of the year.
6. There can be real negative interest rate on a currency. The Swiss National Bank has kept its promise to enforce the minimum EUR/CHF rate of 1.2000 with utmost determination. SNB has introduced a negative interest rate of -0.25% on December 18 to keep its currency from strengthening to much against the euro.
7. Exotic does not mean weak. The best performing currency of 2014 was a Somali shilling, which managed to add roughly 54% versus the greenback last year. SOS/USD rate increased from 0.000892 to 0.001374. Though I doubt that many Forex trader could have seen a real trading opportunity here and even fewer traders could have traded this pair, considering the fact that no retail broker provides its quotes. 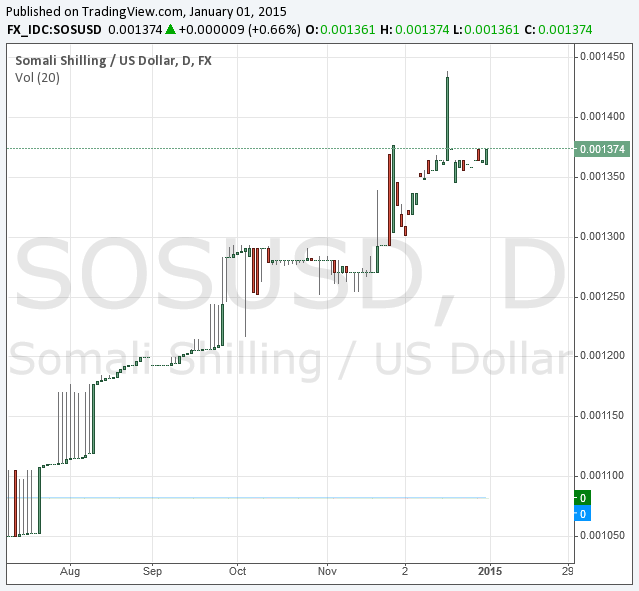 If you want to tell us what you have learned from the Forex market in the year 2014, please feel free to share your thoughts using the commentary form below.