When Will EUR/USD Reach Parity? 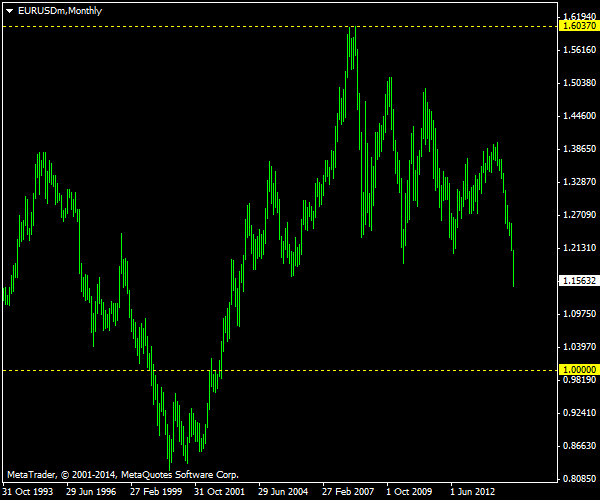 For someone, who did not trade or monitor Forex before the year 2003, the idea of EUR/USD parity (one US dollar trading for one euro) might seem strange and unusual. In reality, that is not a big deal. During several years, the eurozone’s currency traded at or near parity level against the greenback.
Although my forecast for EUR/USD in 2015 was pointing at 1.1000 level as the optimistic rate, the SNB shock has caused the pair to accelerate its decline significantly. As a result, I see EUR/USD reaching 1.0000 as a probable event this year. 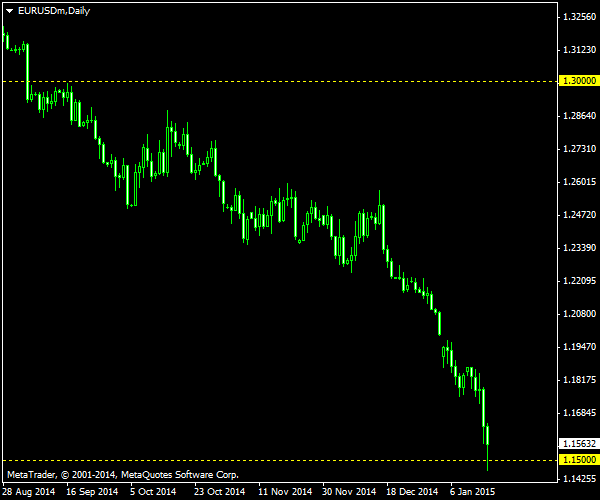 When will EUR/USD reach parity?

If you want to explain why do you believe that euro/dollar parity will be reach or why it will not be reached this year, please feel free to do so using the commentary form below.