EUR/USD Attempts to Recover After Losses

EUR/USD attempted to recover after the previous losses but remains below yesterday’s opening level as of now. Still, the currency managed to stay above today’s opening even as US jobless claims fell much more than was expected. The possible reason for the strength of EUR/USD is the terrible US housing report and yesterday’s policy statement of the Federal Reserve that was a bit more dovish that dollar bulls have hoped for.
Initial jobless claims dropped from 308k to 265k last week, far below the predicted level of 301k. (Event A on the chart.)
265k last week dropped 3.7% in December from November. It was a nasty surprise to those traders who counted on forecasts that promised an increase at the same rate as the revised November’s 0.6%. (Event B on the chart.) 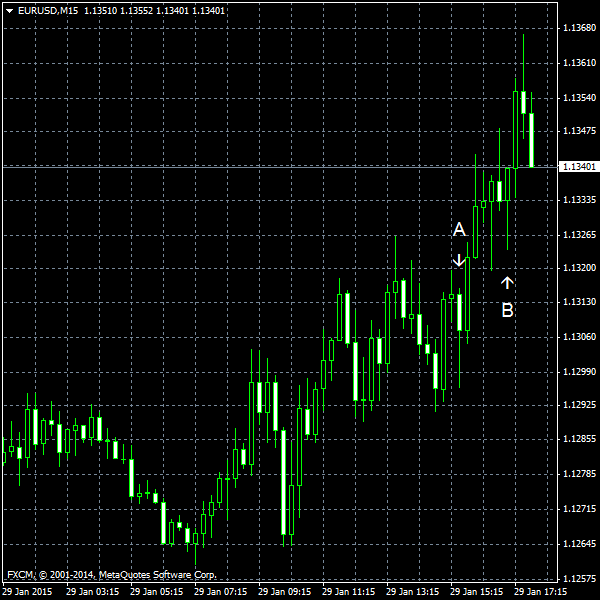