EUR/USD Stable After US GDP Disappoints

EUR/USD was flat today as US gross domestic product expanded last quarter less than was expected by market participants. The euro was not able to gain on the dollar after the disappointing report as data from Europe itself was rather mixed.
US GDP grew at the annual rate of 2.6% in Q4 2014, according to the advance (the first) estimate. The growth trailed analysts’ predictions of 3.0% and was below the previous quarter’s rate of increase that was as big as 5.0%. (Event A on the chart.)
Chicago PMI rose from the revised December’s reading of 58.8 to 59.4 in January. It was a surprise considering that experts predicted a drop to 57.7. (Event B on the chart.)
Michigan Sentiment Index climbed from 93.6 in December to 98.1 in January, according to the revised estimate. The figure was in line with the preliminary report of 98.2 and the median forecast of 98.5. (Event C on the chart.) 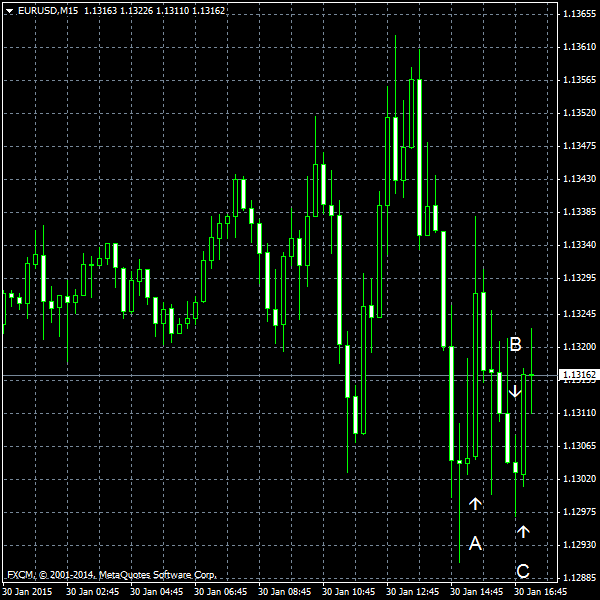