EUR/USD went lower during the current trading session even as the ADP employment report was unable to match market expectations. Still, it was accompanied by an upward revision of the previous reading. Moreover, the services sector expanded with accelerating pace, giving an edge to the dollar over the euro.
ADP employment growth slipped from the revised 253k in December (241k before the revision) to 213k in January, missing analysts’ estimates that pointed at 224k growth. (Event A on the chart.)
ISM services PMI was at 56.7% in January, in line with expectations and a bit higher than the December’s value of 56.2%. (Event B on the chart.)
Crude oil inventories increased by 6.3 million barrels last week, reaching another record for at least the last 80 years. The reading was smaller than the previous week’s 8.9 million but higher than the predicted 4.0 million. Total motor gasoline inventories increased by 2.3 million barrels last week and are well above the upper limit of the average range. (Event C on the chart.)
Yesterday, a report on factory orders was released, demonstrating a drop by 3.4% in December, almost two times the predicted fall by 1.8%. What is more, the previous month’s reading received a substantial negative revision from -0.7% to -1.7%. (Not shown on the chart.) 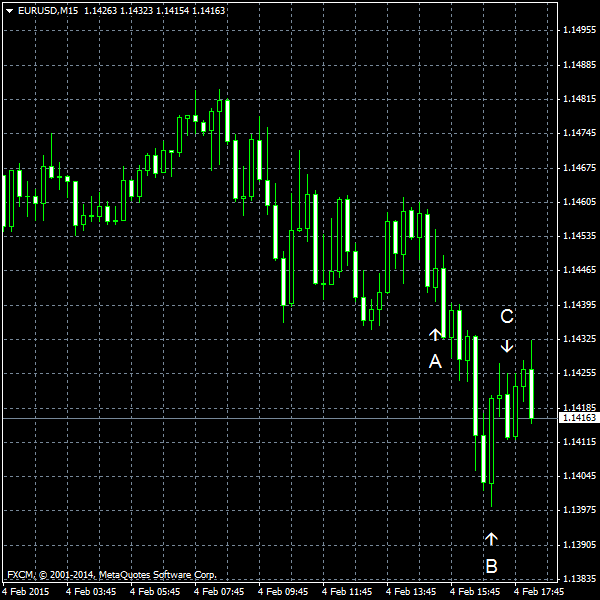