The dollar rose against the euro during the current trading session initially as the European Central Bank announced that it is not going to accept Greek bonds as collateral anymore. The news sparked speculations that an exit of Greece from the eurozone is not that unlikely. Yet the dollar lost its strength after the initial surge, and mixed economic data from the United States was not helping the US currency either.
US trade balance deficit widened from $39.8 billion in November to $46.6 billion in December, frustrating analysts who expected it to shrink to $38.2 billion. (Event A on the chart.)
Initial jobless claims rose from the revised 267k to 278k last week but were still below the economists’ projections of 287k. (Event A on the chart.)
Nonfarm productivity dropped 1.8% in Q4 2014 instead of rising 0.3% as was predicted by experts. The previous quarter’s increase was revised from 2.3% to 3.7%. (Event A on the chart.) 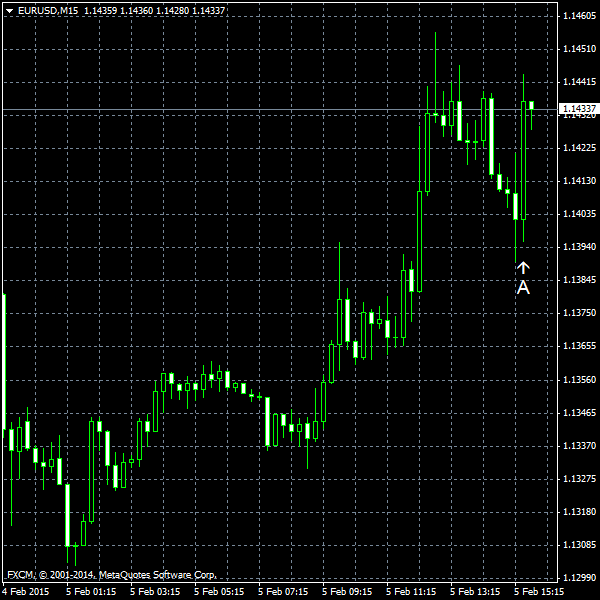