The euro has been among the strongest currencies on the Forex market this week, and initially it looked like EUR/USD would continue to rise today. Yet the currency pair slipped below opening level as of now. US unemployment data was one of the major contributors to the decline.
Initial jobless claims fell from 284k to 276k last week. The consensus forecast pointed at 280k as a possible number. (Event A on the chart.)
Revised nonfarm productivity dropped 3.1% in Q1 2015 after falling 2.1% in Q4 2014. The drop was bigger than the preliminary reading of a 1.9% decline and the predicted fall by 2.8%. (Event A on the chart.)
Yesterday, several reports were released. (Not shown on the chart.)
ADP employment demonstrated growth by 201k in May, above the revised April’s increase of 165k and in line with market expectations of 198k.
US trade balance deficit fell from $50.6 billion in March to $40.9 billion in April. Forecasters had not anticipated such a big drop, promising a smaller decrease to $43.9 billion.
Markit services PMI fell from 57.4 in April to 56.2 in May according to the revised estimate. The actual figure was close to the forecast of 56.5 and the preliminary report of 56.4.
ISM services PMI dropped from 57.8% in April to 55.7% in May. Unlike the Markit data, this report was very far from expectations of economists, who counted on much smaller fall to 57.1%.
US crude oil inventories decreased by 1.9 million barrels last week, matching forecasts exactly, but are still at the record level for this time of the year. Total motor gasoline inventories decreased by 0.3 million barrels last week but was above the upper limit of the average range.
On Tuesday, a report on factory orders was released, showing a drop by 0.4% in April, a nasty surprise to those traders who had expected no change. The indicator climbed 2.2% in March. (Not shown on the chart.) 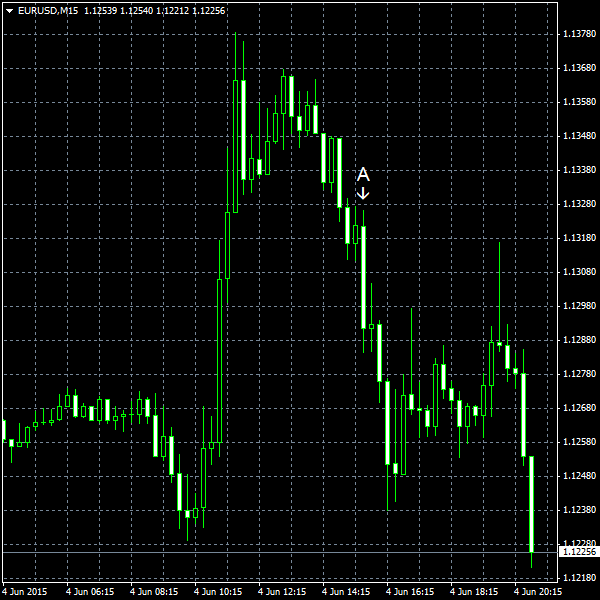