EUR/USD Pulls Back After Earlier Gains

EUR/USD attempted to rally earlier during the current trading session but pulled back later and is trading not far from the opening level as of now. The dollar firmed against the euro after the report showed that the decline of the US economy during the first quarter of this year was negligible. Additionally, concerns about the situation in Greece continue to weaken the euro.
US GDP fell 0.2% in Q1 2015, according to the third and final estimate, matching analysts’ expectations exactly. The previous estimate showed a bigger drop by 0.7%. The economy grew 2.2% in Q4 2014. (Event A on the chart.)
Crude oil inventories shrank by 4.9 million barrels last week, far more than experts had predicted (1.8 million) and compared to the previous week’s decrease of 2.7 million. Still, the stockpiles were at the record level for this time of year. Total motor gasoline inventories grew by 0.7 million barrels and are in the upper half of the average range. (Event B on the chart.) 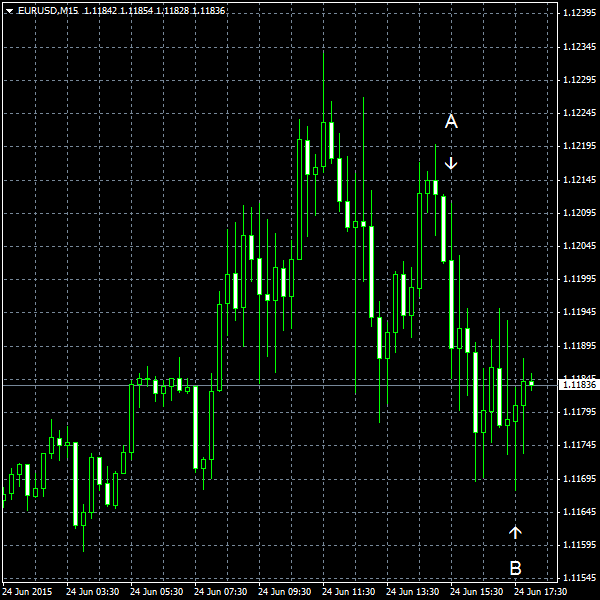