EUR/USD continued to rally for the second trading session today. While the currency pair trimmed its gains as of now, it still remained far above the opening level. Poor economic data from the United States did not allow EUR/USD to retreat too far.
Final Markit manufacturing PMI was at 53.0 in August. While the reading was far above the neutral 50.0 level and almost the same as the flash estimate and analysts’ expectations, it was below the July’s figure of 53.8. (Event A on the chart.)
ISM manufacturing PMI was also lower, edging down to 51.1% in August from 52.7% in July, even though forecasters promised it to stay unchanged. (Event B on the chart.)
Construction spending grew 0.7% in July, the same as the June’s revised rate (0.1% before the revision) and in line with forecasts of 0.8%. (Event B on the chart.)
Yesterday, a report on Chicago PMI was released, showing a small drop by 3 points to 54.4 in August. Specialists had not expected any changes to the indicator. (Not show on the chart.) 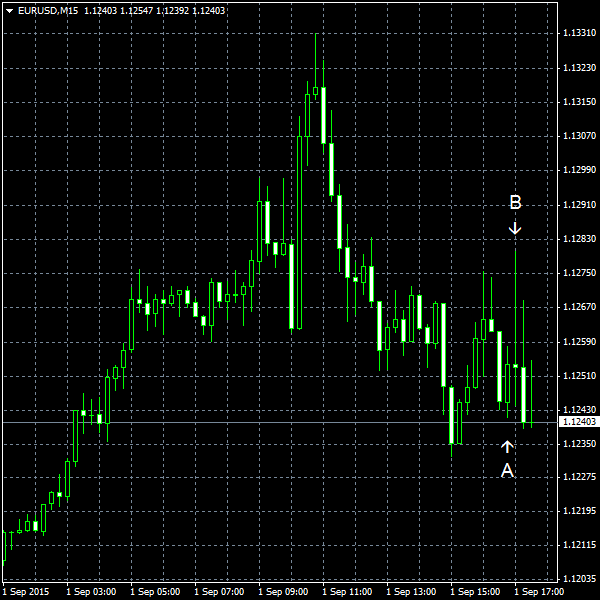