EUR/USD dropped today, though it trimmed the losses as of now. While the currency pair was rising for the most part of Thursday’s session, it backed off from the day’s highs by the end of trading as Janet Yellen, Federal Reserve Chairperson, signaled that an interest rate hike is still probable this year. EUR/USD continued to move down today, though currently it halted the decline, most likely due to .
According to the final revision, US GDP grew 3.9% in Q2 2015 after rising 0.6% in Q1. Analysts had predicted the increase to be the same as in the preliminary estimate — 3.7%. (Event A on the chart.)
Flash Markit services PMI fell from 56.1 in August to 55.6 in September, in line with market expectations. (Event B on the chart.)
Revised Michigan Sentiment Index demonstrated a drop to 87.2 in September from 91.9 in August, matching experts’ forecasts exactly. Still, the indicator was above the preliminary reading of 85.7. (Event C on the chart.) 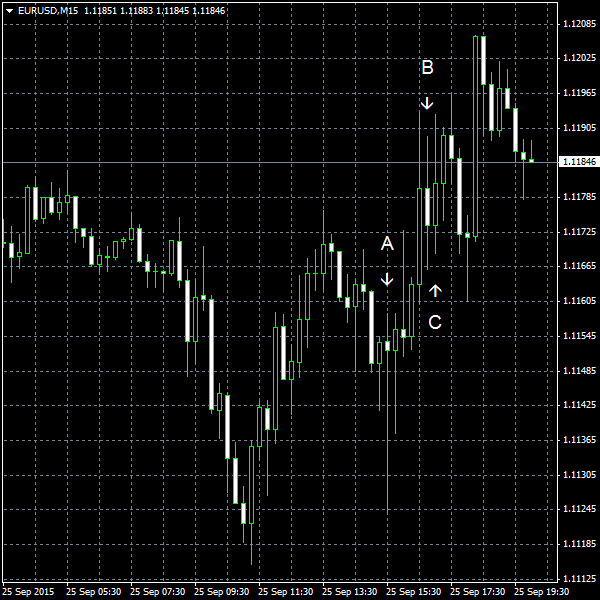