The dollar continued to gain on the euro during the Friday’s trading session, extending the bounce it has started on Thursday. The euro was undermined by comments from officials from the European Central Bank who were hinting at additional monetary stimulus from the central bank.
Industrial production fell 0.2% in September, in line with experts’ expectations, after dropping 0.1% in August. Capacity utilization rate was at 77.5% last month, also matching forecasts, down from the previous month’s revised rate of 77.8%. (Event A on the chart.)
Michigan Sentiment Index (preliminary) climbed from 87.2 in September to 92.1 in October, above the median analysts’ forecast of 88.8. (Event B on the chart.)
Net foreign purchases were at $20.4 billion in August. That was an increase from July’s $7.7 billion. Still, the figure trailed the specialists’ prediction of $24.3 billion. (Event C on the chart.) 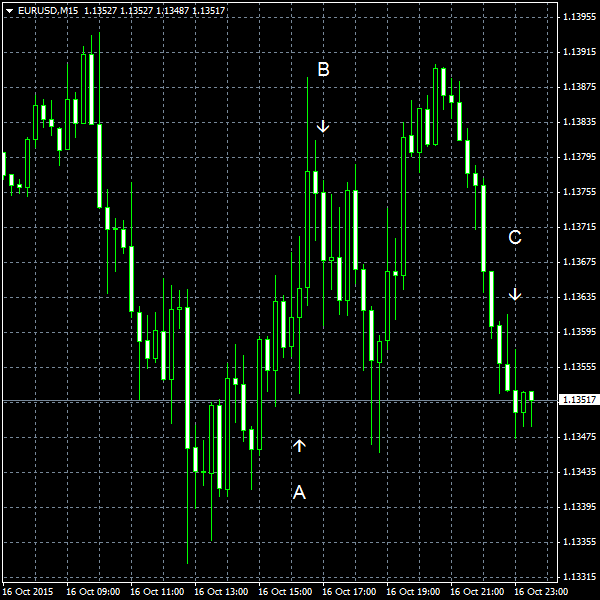