EUR/USD was attempting to rebound today after yesterday’s huge drop. So far, the currency pair had some success, but it was not nearly enough to erase the decline of the previous session. Today’s data from the United States was on the weak side (with the exception of jobless claims), bolstering EUR/USD further.
According to the advance estimate, US GDP grew 1.5% in Q3 2015, a bit slower than analysts had predicted — 1.6%. The previous quarter’s growth was at 3.9%. (Event A on the chart.)
Initial jobless claims were at the seasonally adjusted rate of 260k last week, almost unchanged from the previous week’s 259k and below the expert’s median projection of 264k. (Event A on the chart.)
Pending home sales dropped 2.3% in September, almost two times the August’s rate of decline (1.4%). Forecasters were way off the mark with their promises of a 1.1% increase. (Event B on the chart.) 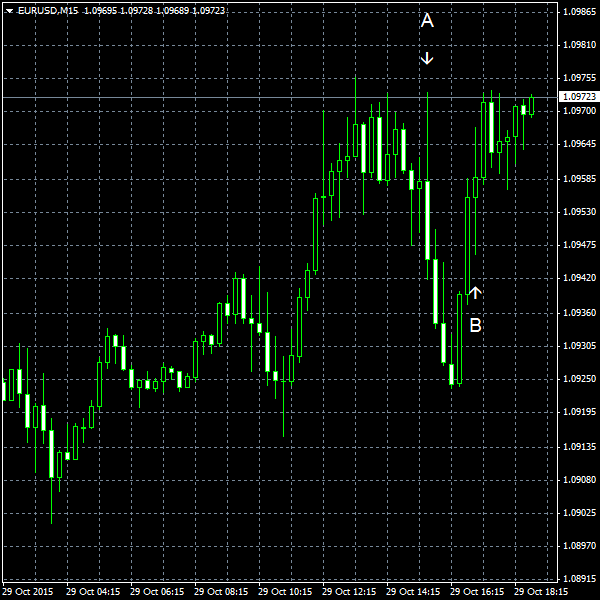