EUR/USD Stays in Decline at Start of Important Week

EUR/USD remained in decline for the fourth trading session in a row on Monday. This trading week should be very important for the currency pair as the European Central Bank will conduct its policy meeting Thursday, and the vast majority of experts believe that the central bank may announce an expansion of its monetary stimulus. As for US news, market participants wait for the release of nonfarm payrolls on Friday.
Chicago PMI fell to 48.7 in November from 56.2 in October, below the average analysts’ estimate of 54.3. (Event A on the chart.)
Pending home sales grew 0.2% in October, far less than 1.6% predicted by economists. But at least it was the first increase after two consecutive months of decline. The September’s drop was revised from 2.3% to 1.6%. (Event B on the chart.) 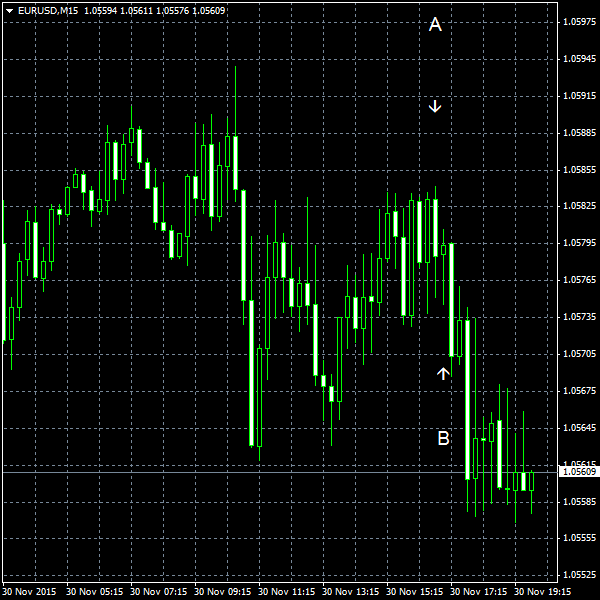