EUR/USD retreated today as the dollar was firm. The US currency had support in the form of rather subdued outlook for global growth released by the International Monetary Fund. As for US data, it did not provide any particular insights into the state of the US economy. The next trading sessions may be more eventful as several important economic releases are scheduled, including reports about inflation, retail sales and the consumer sentiment.
Import prices rose 0.2% in March after falling 0.4% in the previous month. The increase was far smaller than 1.0% predicted by analysts. Export prices showed no change last month following the 0.5% decline in February. (Event A on the chart.)
Treasury budget deficit shrank from $192.6 billion in February to $108.0 in March. The consensus forecast was pointing at $106.5 billion as a possible reading. (Event B on the chart.)
On Friday, a report on wholesale sales was released, showing a drop of 0.5% in February. Market participants were counting on the same 0.2% decline as in January. (Not shown on the chart.) 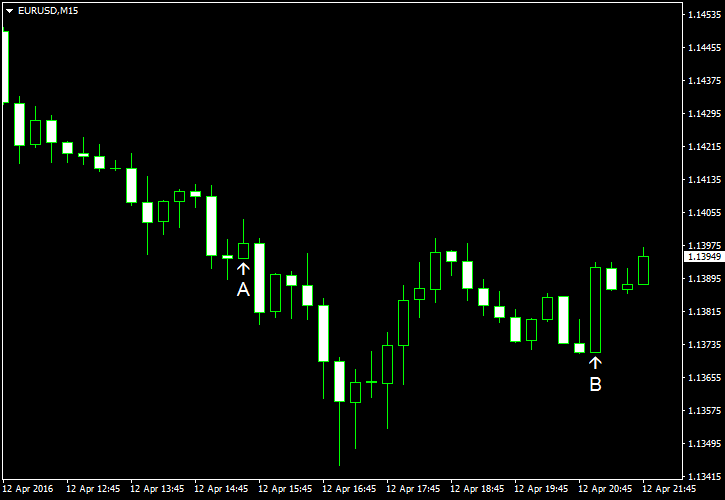