EUR/USD was trading in a relatively narrow range during the past two trading sessions as traders continued to speculate about timing of an interest rate hike from the Federal Reserve. Yesterday’s speech of Fed chief Janet Yellen gave no clarity to the issue. The current trading week is somewhat light on economic data, meaning that the currency pair may have troubles in establishing a clear trend.
Nonfarm productivity fell 0.6% in Q1 2016, matching analysts’ forecasts exactly, after declining 1.0% in the previous three months. (Event A on the chart.)
Consumer credit rose $13.4 billion in April, missing the economists’ average estimate of $19.1 billion. The March increase was revised from $29.7 billion down to $28.4 billion. (Event B on the chart.) 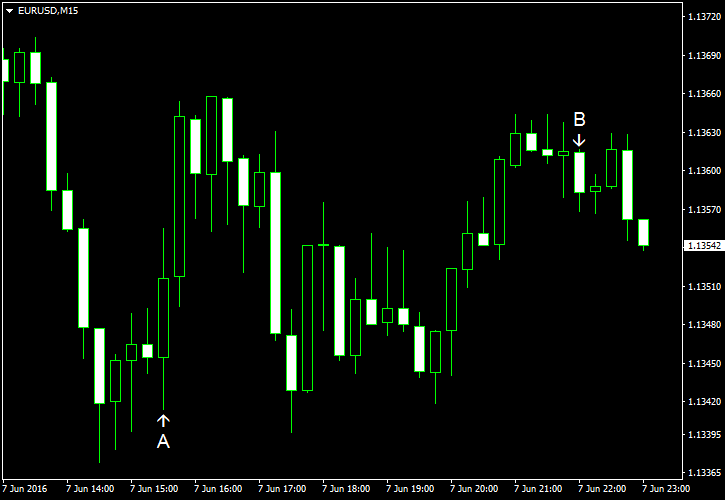