EUR/USD Trades Above Opening Ahead of Britain’s Referendum

EUR/USD was rising for the most part of today’s trading session (though trimmed gains by now) as the referendum nears about the place of Great Britain in or outside of the European Union. Meanwhile, the cautious stance of US policy makers and the possible delay of interest rate hikes made the dollar less appealing to traders.
Existing home sales rose to the seasonally adjusted annual rate of 5.53 million in May, matching forecasts exactly, from the downwardly revised 5.43 million in April. (Event A on the chart.)
US crude oil inventories fell by 0.9 million barrels last week (at the same exact rate as the week before) while analysts had predicted a drop by 1.3 million. Despite the fifth consecutive weekly decline, the stockpiles remained near historical highs for this time of year. Total motor gasoline inventories rose by 0.6 million barrels. (Event B on the chart.)
On Friday, a report on housing starts and building permits was released. Housing starts were at the seasonally adjusted annual rate of 1.16 million in May compared to the April’s reading of 1.17 million. Building permits were at the seasonally adjusted rate of 1.14 million last month after logging 1.13 million the month before. Analysts had predicted a reading of 1.15 million for both indicators. (Not shown on the chart.) 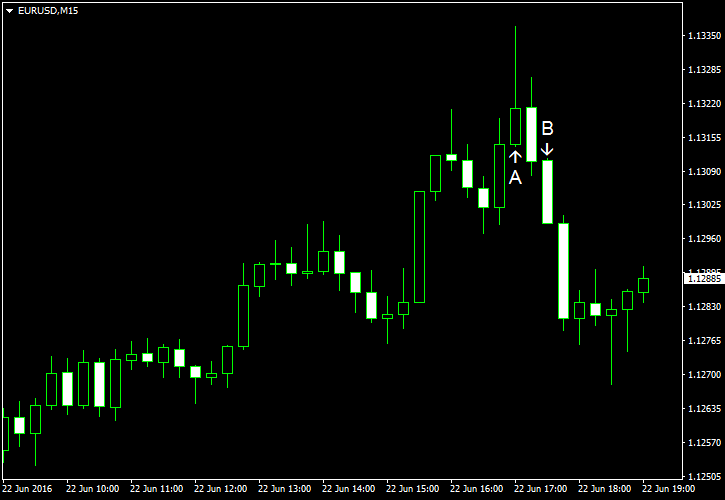