EUR/USD resumed its rally, which it paused yesterday, as basically all reports released from the United States over the Friday’s trading session failed to meet market expectations. As a result, speculations about an interest rate hike from the Federal Reserve hushed and the dollar lost some of its luster.
PPI fell 0.4% in July instead of rising 0.1% as analysts had predicted. The index was up 0.5% the month before. (Event A on the chart.)
Retail sales were basically unchanged in July while experts had promised growth by 0.4%. The increase in June got a positive revision from 0.6% to 0.8%. (Event A on the chart.)
According to the preliminary report, Michigan Sentiment Index rose from 90.0 in July to 90.4 in August, but it was nowhere near the predicted figure of 91.5. (Event B on the chart.)
Business inventories rose 0.2% in June, the same as in May, while specialists had predicted a slower rate of growth of 0.1%. (Event B on the chart.) 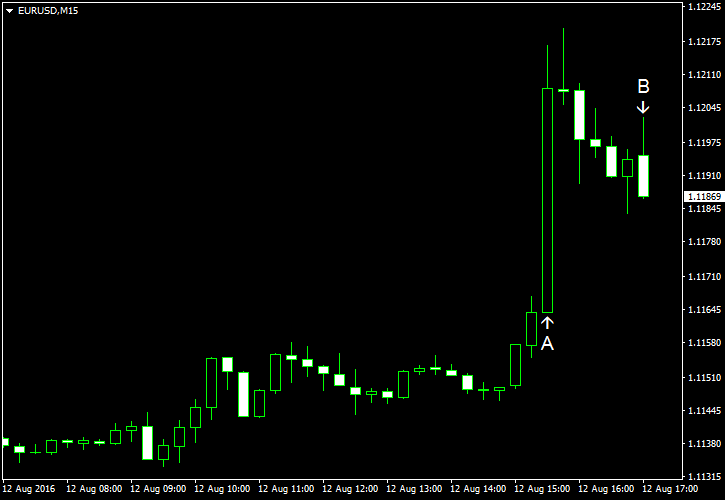