EUR/USD rose a bit today after two days of decline, though the currency pair has trimmed its gains as of now. Traders are focusing their attention on tomorrow’s symposium in Jackson Hole and speech of Fed Chairperson Janet Yellen. Market participants hope that Yellen will give hints regarding timing of interest rate hikes. If she shows the same optimism as most Fed members who spoke this week and the week before, then the dollar is likely to rally against its rivals.
Initial jobless claims ticked down from 262k to 261k last week. According to analysts’ estimates, unemployment claims should have risen to 265k. (Event A on the chart.)
Durable goods orders climbed by 4.4% in July, exceeding market expectations of 3.4%. The indicator was down 3.9% in the preceding month. (Event A on the chart.)
Flash Markit services PMI fell to 50.9 in August from 51.4 in July (revised up from 50.9), touching the lowest level since February though hovering above the neutral 50.0 level. Experts had predicted an increase to 51.9. (Event B on the chart.) 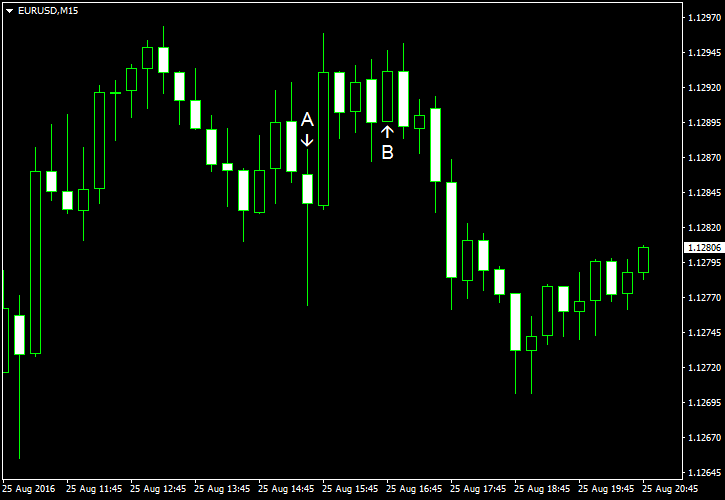