EUR/USD surged intraday as the European Central Bank refrained from expanding monetary stimulus. Yet the currency pair retreated to trade below the opening level later as positive macroeconomic data released from the United States and prospects for monetary easing from the ECB were pushing it to the downside.
Initial jobless claims were at the seasonally adjusted level of 259k last week while experts had predicted them to stay close to the previous week’s value of 263k.
US crude oil inventories shrank by as much as 14.5 million last week instead of rising by 0.6 million as analysts had promised. Nevertheless, the stockpiles remained near the historically high levels for this time of year. The reserves expanded by 2.3 million the week before. Total motor gasoline inventories fell by 4.2 million barrels but remained well above the upper limit of the average range.
Consumer credit rose $17.7 billion in July, exceeding market expectations of $15.7 billion. The June increase was revised from $12.3 billion to $14.5 billion.
On Tuesday, a report on ISM services PMI was released, showing a drop from 55.5 in July to 51.4 in August. Forecasters had promised the index to remain almost unchanged. 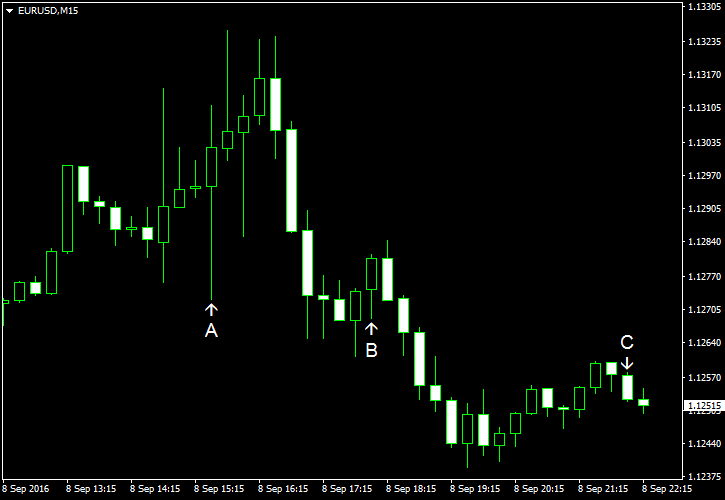