Today, EUR/USD demonstrated basically the same performance as yesterday — rising intraday but failing to keep gains and retreating below the opening level. Economic data hardly had any impact on the moves of the currency pair as there were no reports from the eurozone while US indicators were mixed and gave the dollar no edge.
Housing starts were at the seasonally adjusted annual rate of 1.05 million in September, below the median forecast of 1.18 million. Building permits were at the seasonally adjusted annual rate of 1.23 million, above the forecast of 1.17 million. Both indicators were at 1.15 million in August, revised. (Event A on the chart.)
Crude oil inventories dropped by 5.2 million barrels last week and were near the upper limit of the average range. Experts totally missed with their forecasts of an increase by 2.2 million. The decline followed the previous week’s buildup of the inventories by 4.9 million. Meanwhile, total motor gasoline inventories rose by 2.5 million barrels and remained well above the upper limit of the average range. (Event B on the chart.) 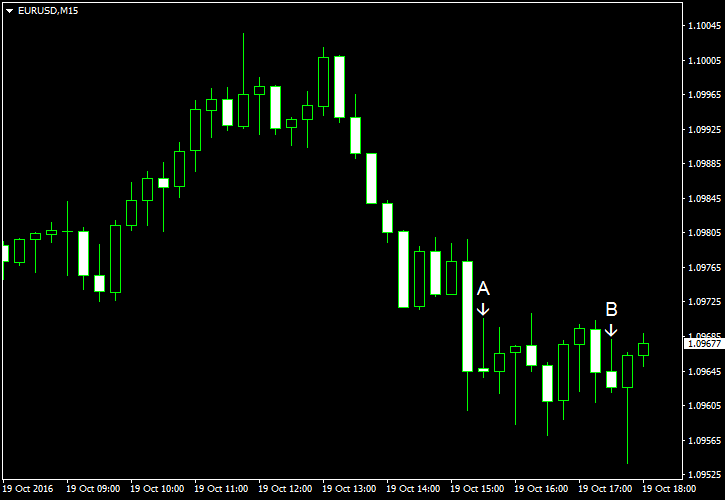