EUR/USD attempted to rally during the current trading session but failed to keep upward momentum. As of now, the currency pair is in a sharp decline, falling below the opening level. Economic data released from the United States was mixed today, but that did not deter the dollar from gaining on the euro.
Initial jobless claims fell from 261k to 258k last week while analysts had predicted them to stay at the same level. (Event A on the chart.)
Durable goods orders fell 0.1% in September whereas experts had promised an increase at the same rate (and the same as in August). (Event A on the chart.)
Pending home sales rose 1.5% in September, a bit more than analysts had promised — 1.2%. The index was down as much as 2.5% (revised) the month before. (Event B on the chart.) 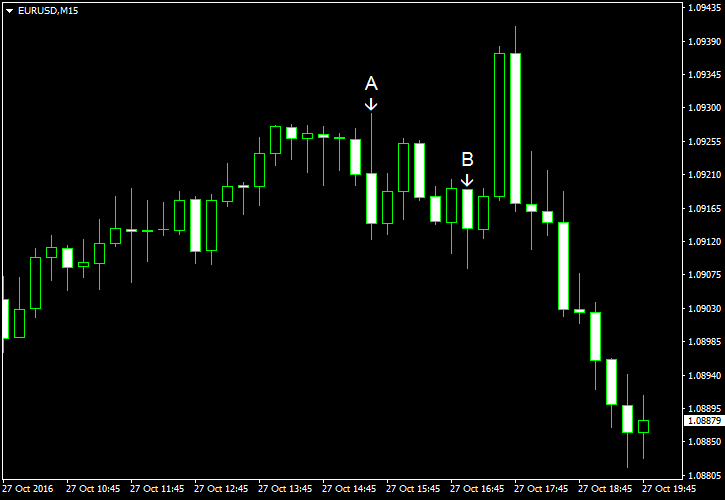