of EUR/USD that has started yesterday continued today. While the currency pair attempted to halt the decline intraday, it has resumed the downfall by now. Yesterday, the European Central Bank announced changes to its quantitative easing program. The bank trimmed the size of asset purchases but extended the program till the end of the next year. On the whole, the changes led to extension of the QE, not tapering, therefore they had very negative impact on the euro. Today’s positive economic data from the United States was another reason for EUR/USD to go down.
Michigan Sentiment Index climbed from 93.8 in November to 98.0 in December, far above the analysts’ median projection of 94.3. (Event A on the chart.)
Wholesale inventories fell 0.4% in October, matching forecasts and the preliminary estimate. (Event A on the chart.)
Yesterday, a report on initial jobless claims was released, showing a drop from 268k to 258k last week, in line with experts’ predictions. (Not shown on the chart.) 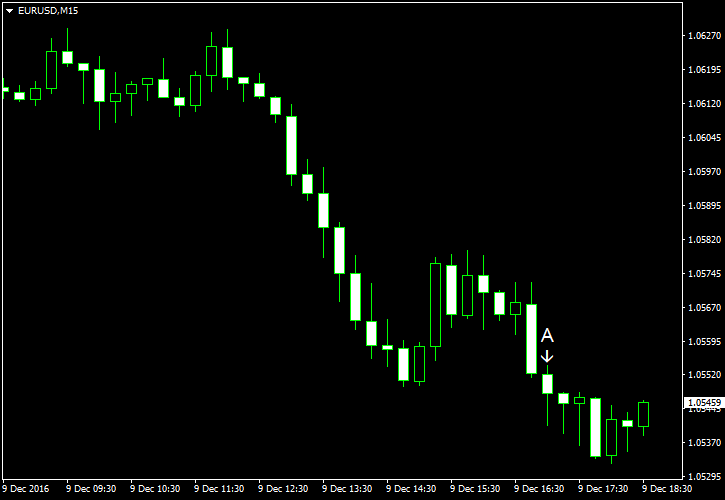