EUR/USD Steady Ahead of Fed Announcement

EUR/USD traded close to its opening level today after diving intraday. While the first two trading day of the current week were light in terms of economic data, this will change tomorrow. Not only the Wednesday’s trading session has plenty of economic reports due to release, the Federal Reserve will also announce its policy decision on Wednesday. It is a general consensus that the Fed is going to hike interest rates at the meeting, but traders are also interested in Fed’s plans for the future. There are concerns that the US central bank may be rather dovish this time and will delay further rate hikes.
Import prices declined 0.3% in November, exactly as analysts predicted, after rising 0.4% in the previous month. Export prices fell last month as well, edging down 0.1%, following the increase by 0.2% in October. (Event A on the chart.)
Yesterday, a report on treasury budget was released, showing a deficit of $136.7 billion in November, which was bigger than the predicted shortage of $99.5 billion and the October reading of $44.2 billion. (Not shown on the chart.) 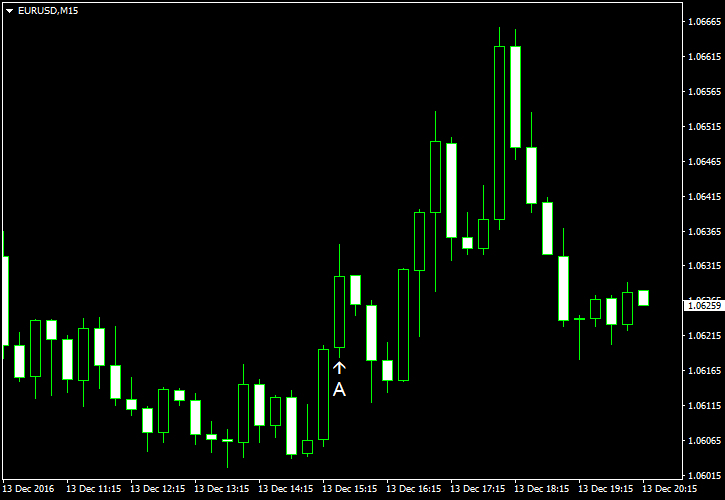