Dollar Down Despite Declining Jobless Claims

EUR/USD increased during today’s session after a some less important economic reports had been made available to the market participants. They were rather positive, but turned to be negative for the dollar.
Initial jobless claims fell from 275k to 265k last week, just in line with the markets’ expectations. (Event A on the chart.)
Crude oil inventories added 0.6 million barrels during the week ending on December 23. This followed 2.3 million barrels gain a week earlier. Traders had expected the inventories to go down by 1.3 million barrels. Total motor gasoline inventories lost 1.6 million barrels during the same week, but are in the upper half of the average range for this time of year. (Event B on the chart.)
Yesterday, a report on pending home sales had shown an unexpected decline by 2.5% in November compared to a small gain of 0.1% in October and 0.5% forecast growth. (Not shown on the chart.) 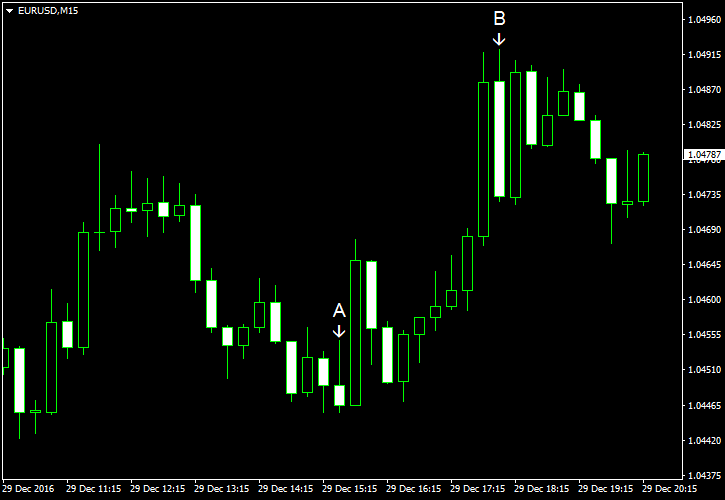