EUR/USD dropped today after US President Donald Trump said that he will announce a “phenomenal” tax plan in the near future. Investors were hoping that this means tax cuts that he promised in his election campaign as a way to stimulate the economy. Additionally, political uncertainty surrounding France continued to weigh on the currency pair.
Initial jobless claims dropped from 246k to 234k last week instead of rising to 249k as analysts had predicted. (Event A on the chart.)
Wholesale inventories rose 1.0% in December, matching forecasts and demonstrating the same rate of growth as in November. (Event B on the chart.)
Yesterday, a report on crude oil inventories was released, showing an increase by 13.8 million barrels last week, which was far bigger than the predicted rise by 2.7 million and the previous week’s gain by 6.5 million. Total motor gasoline inventories decreased by 0.9 million barrels. (Mot show on the chart.) 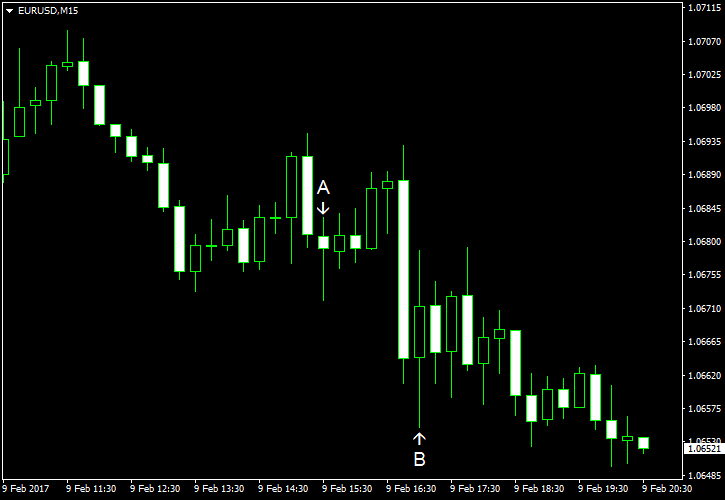