EUR/USD rose for the second consecutive session today even though fundamentals were positive for the US dollar. Economic data released from the United States over the current trading session was very solid for the most part. Additionally, US policy makers, who spoke this week, were rather hawkish. That led to speculations among market analysts that the weakness of the dollar should be .
Housing starts were at the seasonally adjusted annual rate of 1.25 million in January. That is compared to the predicted value of 1.23 million and the previous month’s 1.28 million (revised up from 1.23 million). Housing starts were at the seasonally adjusted annual rate of 1.29 million while experts had predicted them to stay unchanged from the December’s figure of 1.23 million. (Event A on the chart.)
Philadelphia Fed manufacturing index demonstrated a huge jump from 23.6 in January to 43.3 in February (the highest level since 1984) instead of a drop to 18.5 forecast by analysts. (Event A on the chart.)
Initial jobless claims increased from 234k to 239k last week. The median forecasts predicted an increase to 243k. (Event A on the chart.) 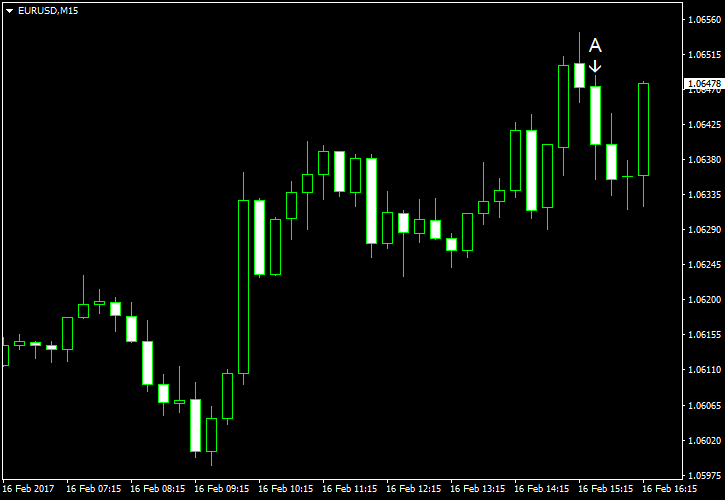