EUR/USD rallied today for the second day in a row. The current trading session was light on economic data, therefore it was not the reason for the rally. The likely reason was the comments from US Treasury Secretary Steven Mnuchin about the planned tax cuts and other reforms. US President Donald Trump talked about “phenomenal” tax reforms earlier, but markets did not see anything phenomenal in measures described by Mnuchin, thus eroding support that the dollar was getting from optimism about Trump’s planned reforms.
Seasonally adjusted initial jobless claims rose from 238k to 244k last week. The actual value was close to 242k predicted by analysts. (Event A on the chart.)
US crude oil inventories rose by 0.6 million barrels last week, staying above the upper limit of the average range for this time of year. The actual figure was far below the predicted reading of 3.4 million and the previous week’s huge jump by 9.5 million. Total motor gasoline inventories dropped by 2.6 million barrels last week but were above the upper limit of the average range. (Event B on the chart.) 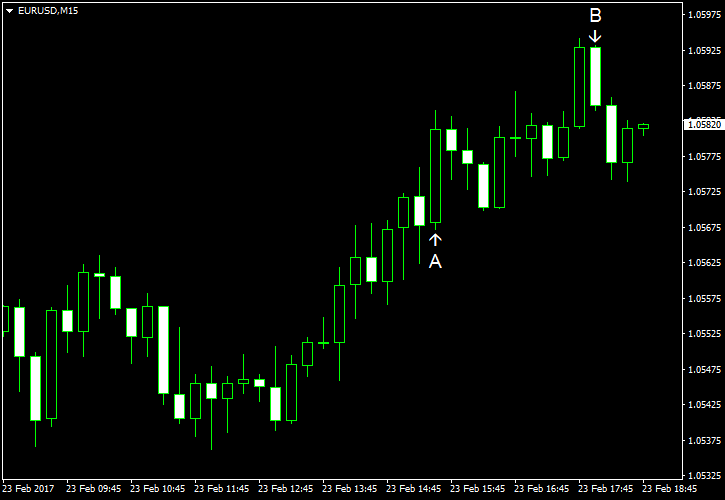