EUR/USD bounced today, heading to close flat over the week. During the week, the currency pair reached the lowest level since January 11. The rally of the currency could be explained by  by dollar bulls (and euro bears) ahead of today’s speech of Federal Reserve head Janet Yellen, which may support the outlook for an interest rate hike from the Fed in March.
Markit services PMI dropped from the Januaryâs 14-month high of 55.6 to 53.8 in February according to the final estimate. It was the lowest reading in five months. The analysts’ average forecast was the same as the preliminary value of 53.9. (Event A on the chart.)
ISM services PMI climbed to 57.6% in February from 56.5% in January. Forecasters missed with their predictions of the index staying the same. (Event B on the chart.)
Yesterday, a report on initial jobless claims was released, showing a decrease from 242k to 223k last week. The sharp drop was totally unexpected by analysts who have thought that the indicator would stay virtually unchanged. (Not shown on the chart.) 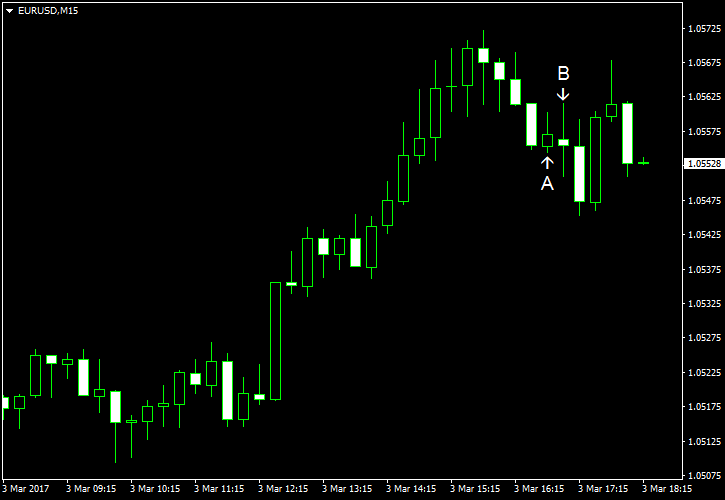