Macroeconomic data released from the United States today failed to meet market expectations, but it hardly affected EUR/USD, which fell despite the intraday attempt to bounce. The most likely reasons for the drop were: anticipation of an interest rate hike from the Federal Reserve next week, expectations of decent nonfarm payrolls this week, and renewed concerns about the outcome of the French presidential elections.
Trade balance deficit widened to $48.5 billion in January up from $44.3 billion in December, exceeding the analysts’ median forecast of $47.0 billion. (Event A on the chart.)
Consumer credit increased by $8.8 billion in January from the previous month. The actual figure was far below the increase by $19.1 billion promised by forecasters. The previous month’s gain was revised from $14.2 billion to $14.8 billion. (Event B on the chart.)
Yesterday, a report on factory orders was released, showing an increase by 1.2% in January. That is compared to the previous month’s increase by 1.3% and the consensus forecast of 1.1%. (Not shown on the chart.) 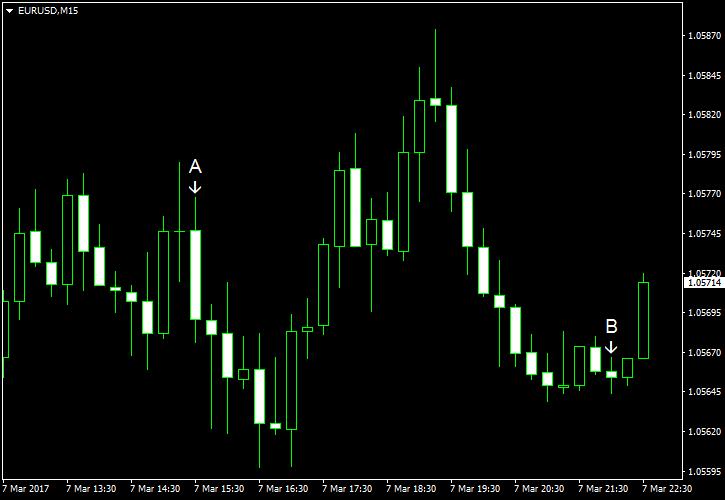