When the Federal Reserve hiked the interest rate in December last year, it was hardly a surprise for anyone. I even decided not to post a poll due to an extremely low probability of any other outcome to that Federal Open Market Committee meeting. No one expected a rate increase during the January meeting (and there was none). However, the next meeting, which is scheduled for March 14–15 (with rate announcement at 18:00 GMT), offers a kind of uncertainty to traders. 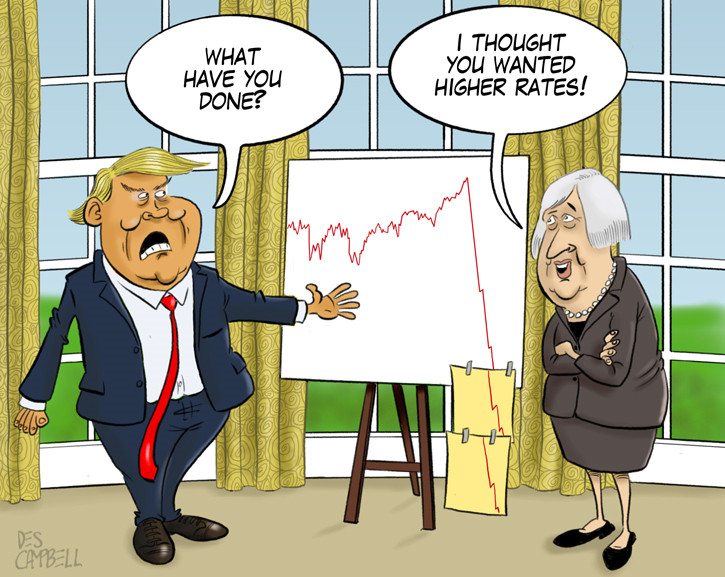 Sentiment
The prevailing market sentiment is that the fed funds rate is going up this Wednesday. Although a rather outdated survey conducted by WSJ in February signals only 25.8% probability of a rate hike in March, CME FedWatch Tool — the main assessment tool for future rate hikes — is currently showing a whopping 95.2% probability. The CME data is valuable because it is based on futures prices traded by actual traders risking their money according to their interest rate expectations.
CME FedWatch Tool
But what makes traders believe so much that the FOMC will raise rates at this meeting?
Data
If we look at the employment data, we can see three extremely beneficial reports on  payrolls since the last interest rate hike: 155k growth in December (reported in January), 238k growth in January (reported in February), and 235k growth in February (reported last Friday). Definitely, the US employment is on a straight way to its maximum level if not there already. This gives the FOMC a reason to increase the interest rates so as not to overheat the employment market in the United States.
With both December and January core PCE at 1.7% (yearly), the inflation reading looks solid enough on its way to 2% target. Yet it is still below the target, which may seem like a dovish signal. However, the FOMC members have to consider the likely path of the inflation so as not to overshoot the target and to raise the rates preemptively for that purpose.
The GDP data tells a mixed story for the rates — 1.9% growth reported for the fourth quarter of 2016 is not too great, but is only slightly worse than the “normal” growth of 2%. Unfortunately, we would need to have the data on the first quarter of 2017 to assess the effect of the December hike on the economic output. This will not be available until the end of April.
Words
However, the most strong factor in favor of the current interest rate increase expectations is Janet Yellen’s speech, which she delivered on March 3 at the Executives’ Club of Chicago. It sounded very hawkish:

The U.S. economy has exhibited remarkable resilience in the face of adverse shocks in recent years, and economic developments since mid-2016 have reinforced the Committee’s confidence that the economy is on track to achieve our statutory goals. Job gains have remained quite solid, and the unemployment rate, at 4.8 percent in January, is now in line with the median of FOMC participants’ estimates of its normal level. On the whole, the prospects for further moderate economic growth look encouraging, particularly as risks emanating from abroad appear to have receded somewhat. The Committee currently assesses that the risks to the outlook are roughly balanced.

In addition, we had the minutes of the January meeting released on February 22. They stressed the possibility of having to raise the rates faster than the markets seem to expect it:

A few participants noted that continuing to remove policy accommodation in a timely manner, potentially at an upcoming meeting, would allow the Committee greater flexibility in responding to subsequent changes in economic conditions. Several judged that the risk of a sizable undershooting of the  normal unemployment rate was high, particularly if economic growth was faster than currently expected. If that situation developed, the Committee might need to raise the federal funds rate more quickly than most participants currently anticipated to limit the buildup of inflationary pressures.

Poll
My own opinion is not much different from the prevailing sentiment expressed by Fed rate futures trading on CME — the rate will be raised on Wednesday. The only thing that might prevent it is some important piece of economic data that is already available to the FOMC members but for some reason is not available to the public. And I do not have any reasons to believe that.

What will FOMC decide on its March 2017 meeting?

The poll will expire on March 15 at 17:00 GMT â one hour before the rate decision is announced.
If you have a detailed view on how the US Federal Open Market Committee is going to act during its March 14â15 meeting and what will they be looking at to decide the future of the federal funds rate, please share your thoughts using the commentary form below.