EUR/USD fell today after two days of gains even though today’s economic data from the United States was mixed, and other fundamentals also did not provide a reason for the rally to stop. Yet the euro was weak across the board during the Friday’s session, most likely because traders considered the rally excessive and decided to take profits.
Industrial production was unchanged in February instead of rising 0.3% as analysts had predicted. The previous month’s drop was revised from 0.3% to 0.1%. Capacity utilization was at 75.4%, in line with expectations and little changed from January’s 75.5%. (Event A on the chart.)
Michigan Sentiment Index was at 97.6 in March according to the preliminary estimate, a bit higher than the median forecast of 97.1. The index was at 96.3 in February. (Event B on the chart.)
Leading indicators rose 0.6% in February, the same as in January, while analysts predicted a smaller increase by 0.4%. (Event B on the chart.) 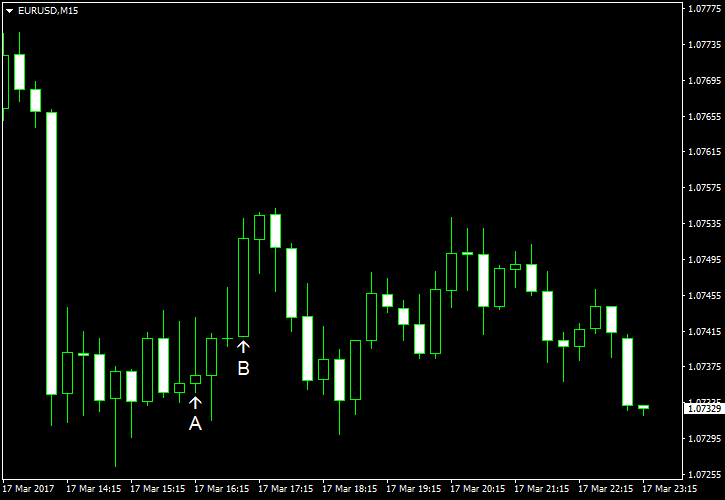