EUR/USD was down intraday but has bounced to trade above the opening level as of now. One of reasons for that were US existing home sales that failed to meet market expectations. The US currency was also under pressure from concerns that US President Donald Trump may not have enough power to fulfill his election promises of tax cuts and infrastructure spending.
Existing home sales dropped to the seasonally adjusted annual rate of 5.48 million in February from 5.69 million in January, below the level of 5.59 million predicted by analysts. (Event A on the chart.)
US crude oil inventories swelled by 5.0 million barrels last week and were at the upper limit of the average range for this time of year. That is compared to the median forecast of a 1.9 million increase. The stockpiles shrank by 0.2 million the week before. Total motor gasoline inventories decreased by 2.8 million barrels but were at the upper half of the average range. (Event B on the chart.)
Yesterday, a report on current account balance was released, showing a decrease of the deficit to $112.4 billion in Q4 2016 from $116.0 billion (revised) in Q3 instead of an increase to $129.0 billion predicted by analysts. (Not shown on the chart.) 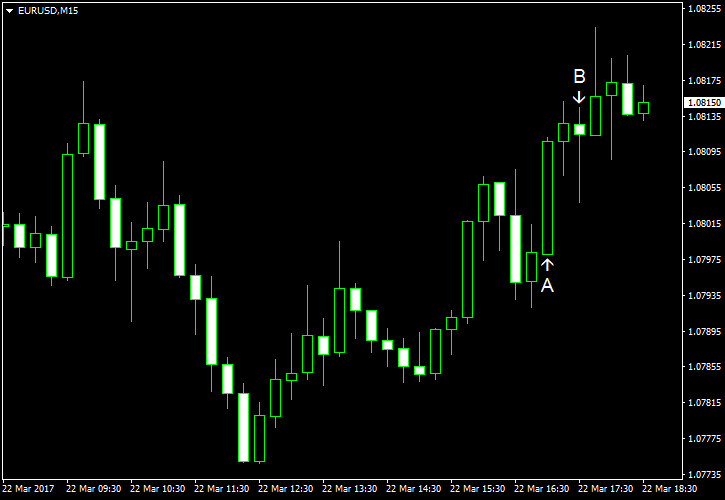