EUR/USD extended its drop for a second day today as the US economy continued to show signs of robust growth. This time it was a housing market that helped the dollar, showing an unexpectedly big jump of pending home sales.
Pending home sales jumped 5.5% in February from January, demonstrating an increase that was more than two times bigger than the forecast growth of 2.3%. The sales were down 2.8% in January. (Event A on the chart.)
US crude oil inventories increased by 0.9 million barrels last week and were at the upper limit of the average range for this time of year. That was a smaller increase than 1.2 million predicted by analysts and the previous week’s jump by 5.0 million. Total motor gasoline inventories dropped by 3.7 million barrels last week but remained in the upper half of the average range. (Event B on the chart.) 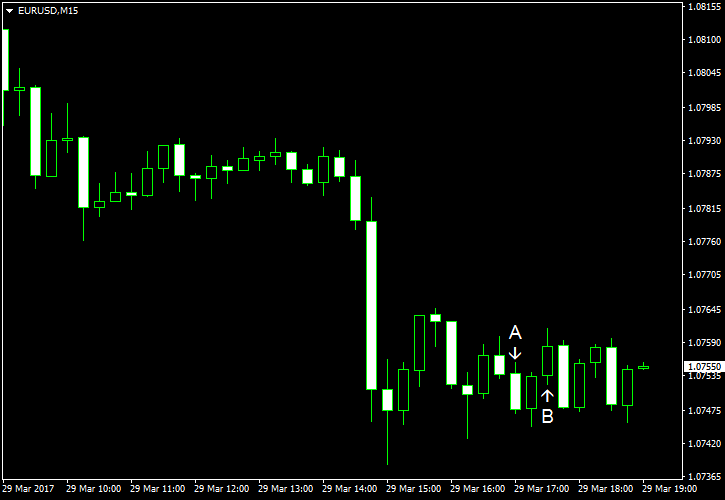