EUR/USD dropped today following the release of economic reports from the eurozone and the United States. German inflation slowed this month, missing expectations, according to the preliminary report. Meanwhile, growth of US gross domestic product in the fourth quarter of last year was revised higher in the final estimate. Additionally, the European Central Bank signaled that markets misinterpreted its message in the latest policy statement and expectations of monetary tightening were erroneous.
US GDP rose 2.1% in Q4 2016 according to the third and final estimate. That was faster growth than 2.0% predicted by analysts and 1.9% in the preliminary estimate. The US economy grew 3.5% in Q3. (Event A on the chart.)
Initial jobless claims fell from 261k to 258k last week. Experts promised a bigger drop to 244k. (Event A on the chart.) 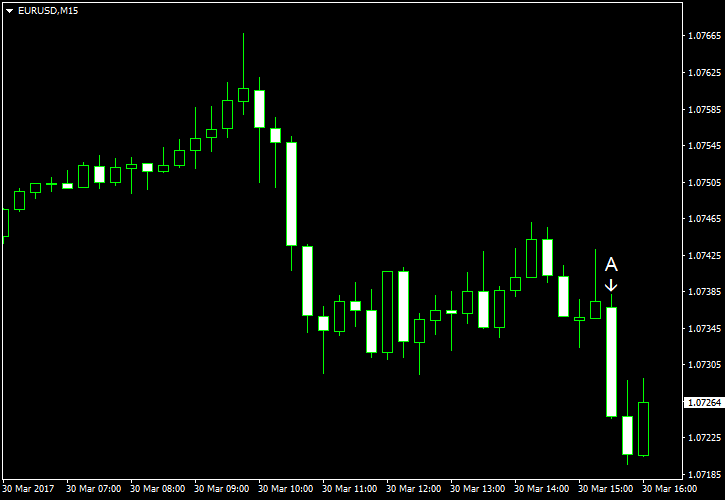