After yesterday’s private employment report missed expectations, economists were concerned that today’s nonfarm payrolls would also be disappointing. Yet that was not the case, at least in terms of employment growth, which turned out to be better than expected. But other parts of the report were not that good, with the unemployment rate demonstrating an unexpected increase and wage inflation stalling. The mixed data led to volatile moves of EUR/USD. The currency pair jumped initially after the release but reversed its movement almost immediately and is now trading below the opening level.
US nonfarm payrolls increased by 222k in June, exceeding the analysts’ estimate of 175k. Moreover, the previous month’s reading was revised up from 138k to 152k. But good news ended there as unemployment rate ticked up unexpectedly from 4.3% to 4.4%. Average hourly earnings rose by 0.2% also trailing forecast (0.3%). The April increase was revised from 0.2% down to 0.1%. (Event A on the chart.) 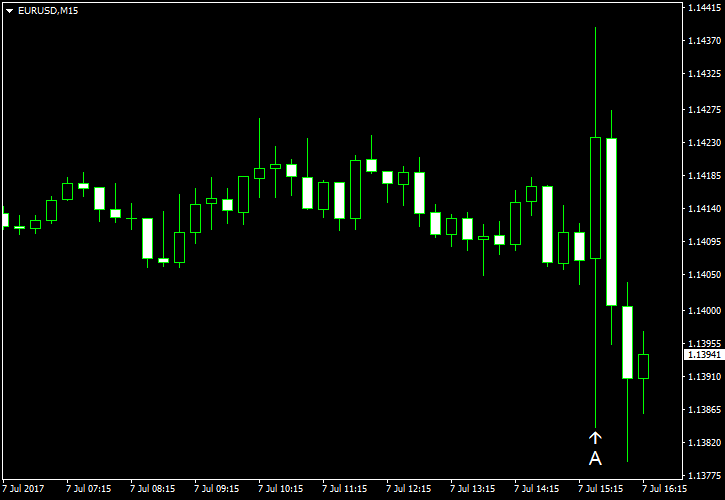