EUR/USD rallied today, touching the level not seen since May 2016, as another effort to repeal the Affordable Care Act failed, leading to increasing concerns that US President Donald Trump will find heavy resistance to his reforms, including tax cuts. That, combined with doubts that the Federal Reserve will be able to proceed with monetary tightening, hurt the dollar. Poor macroeconomic reports did not help either.
US import and export prices both declined 0.2% in June, matching expectations, after falling 0.1% and 0.5% respectively in May. (Event A on the chart.)
Net foreign purchases were at $91.9 billion in May. That is compared to the forecast value of $20.3 billion and the April revised figure of $9.7 billion ($1.8 billion before the revision). (Event B on the chart.)
Yesterday, a report on NY Empire State Index was released, showing a big drop from 19.8 to 9.8 in July. (Not shown on the chart.) 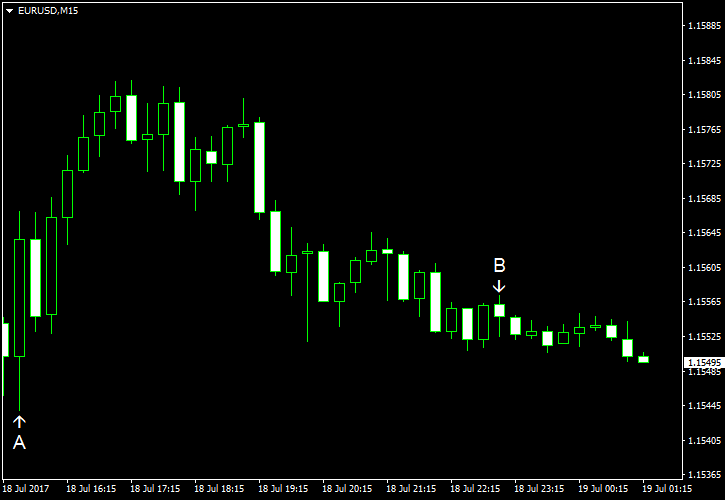