Although crude oil does not pertain to the foreign exchange market, it is often traded by currency traders via CFDs provided by numerous retail Forex brokers. The last time WTI oil traded below $40 per barrel was on August 3, 2016, while the Brent crude reached that low back on April 8, 2016.
Both commodity benchmarks are trading in a clear downtrend in 2017 as indicated by the regression channels on the daily charts.
WTI 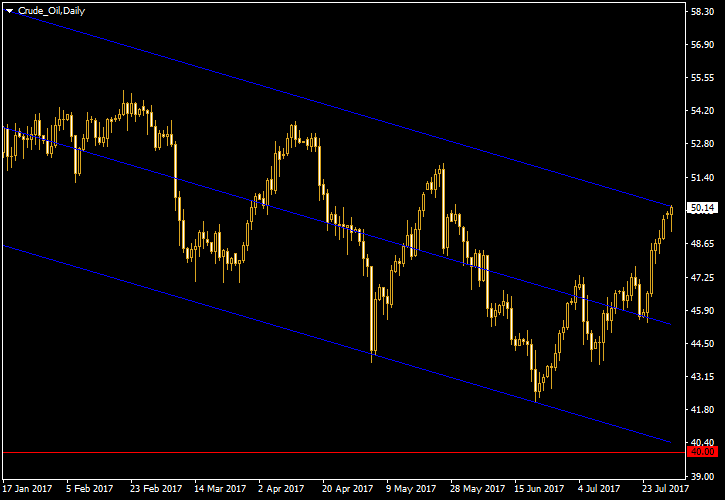 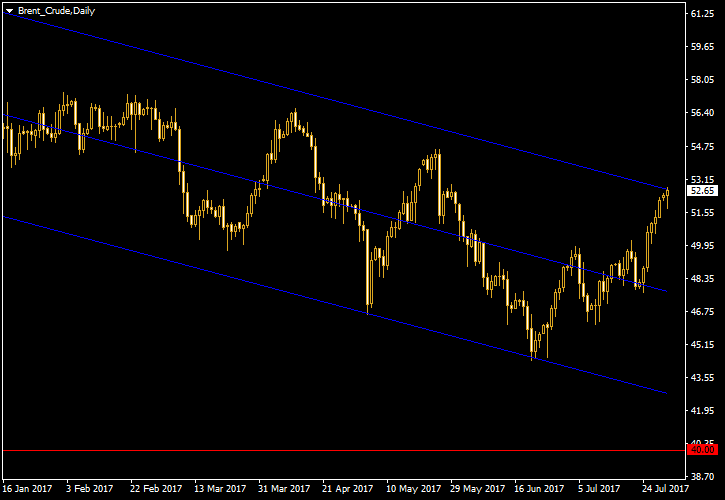 However, there is much doubt that the current trend can continue to sub-$40 levels considering two fundamental factors:

To get a better grasp on the technical picture, you can look at the weekly chart, which shows crude prices in a  uptrend starting in the beginning of 2016. The price of both blends still posts clear higher highs and higher lows on that timeframe.
WTI 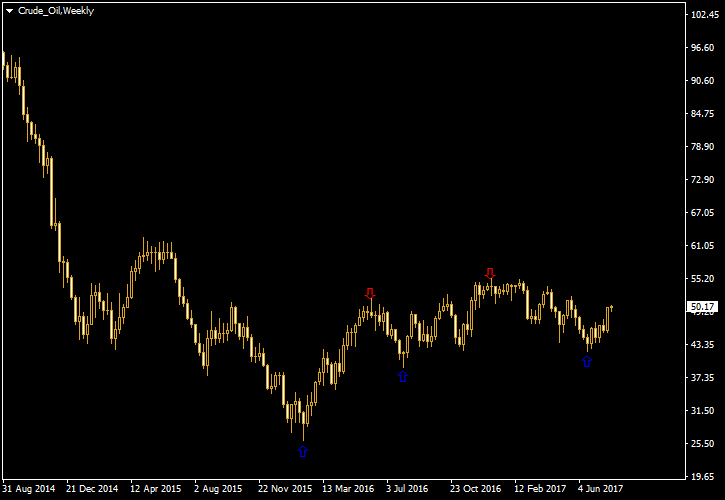 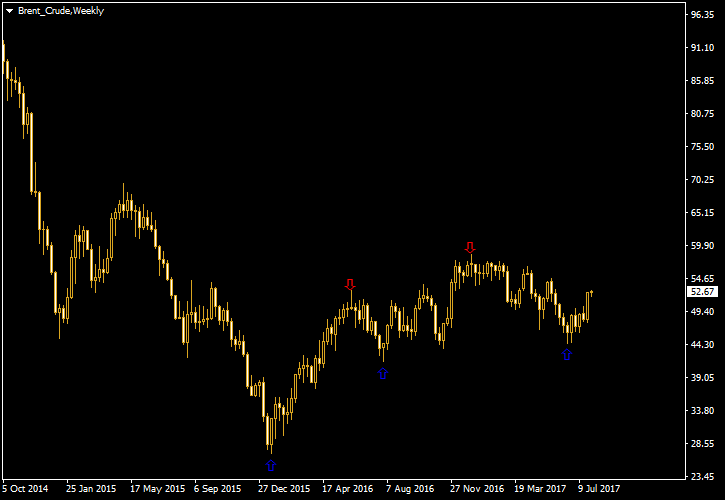 My own prediction, which I had made in my 2017 forecast post, anticipated a rather strong growth of the crude prices to $60-$80 range this year. The optimism was based on the prospects for improved global economy growth rates and the agreement by the OPEC and several countries to cut the production. However, considering the shale oil extraction growth in the USA and additional output from Iraq and Iran, there is currently no bullish factor that would push the price up. Unless something unexpected happens, the oil (at least WTI) could easily decline to $40 per barrel by the end of the year, in my opinion. And what are your thoughts on this?

If you want to share a detailed opinion or analysis piece on the course of the oil price during the second half of 2017, please do not hesitate to post a commentary via the form below.